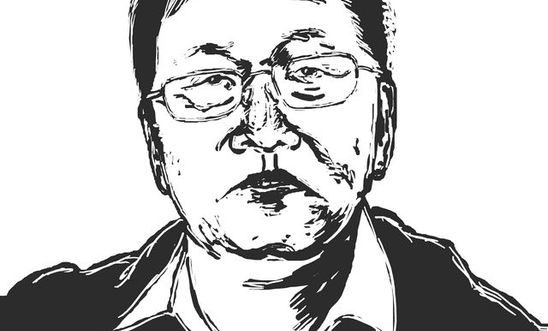 The Chinese authorities must end their relentless suppression of human rights lawyers and activists, Amnesty International said today, after a prominent lawyer became the latest to be convicted after an unfair trial.

On Thursday, Zhou Shifeng, founder of the Fengrui law firm known for representing cases against the government, was sentenced to seven years in prison after being found guilty of “subverting state power”, following a trial that lasted less than a day at Tianjin No.2 People’s Court in north east China.

Yesterday democracy activist Hu Shigen was sentenced to seven-and-a half-years for “subverting state power”, and on Tuesday activist Zhai Yanmin was given a three-year prison sentence, suspended for four years, after being convicted of the same charge.

“This wave of trials against lawyers and activists are a political charade. Their fate was sealed before they stepped into the courtroom and there was no chance that they would ever receive a fair trial.

“The Chinese authorities appear intent on silencing anyone who raises legitimate questions about human rights and uses the legal system to seek redress.

“The authorities are using vague legal provisions as a weapon to give their politically-motivated assault the veneer of legitimacy. When state security laws are open to such rampant abuse, the law needs to change.”

The convictions are the first against individuals caught up in an unprecedented crackdown, which began in July 2015 and saw 248 human rights lawyers and activists targeted.

The three men sentenced this week were held in pre-trial detention for more than a year, denied defence lawyers of their choice and their families were not allowed to attend the trials. Chinese state television also broadcast “confessions” from Zhai Yanmin and Zhou Shifeng ahead of their trials. Amnesty has documented a pattern of such tactics being used against detained rights lawyers and activists.

A further 14 individuals targeted in the crackdown are still awaiting trial, with 10 facing state security charges, which are often levelled against human rights activists and dissidents.

On Monday, mainland Chinese and Hong Kong media outlets reported that lawyer Wang Yu had been released on bail. Her detention last year signaled the launch of the crackdown. She could still face prosecution for the charge under which she was detained, “subverting state power”.

Hong Kong broadcaster Phoenix TV announced that Wang Yu had been granted bail in a segment showing her, filmed in an undisclosed location, denouncing her past work, and stating that the law firm she was working for had been used by “Western forces” to smear the Chinese government.

Her comments were similar in content to those made in an interview with the Hong Kong newspaper South China Morning Post by legal assistant Zhao Wei, after she had been similarly released on bail after a long period of detention. Zhao Wei’s husband has not been able to contact her since her supposed release.