China: 'Dark days for human rights' as lawyer crackdown continues one year on 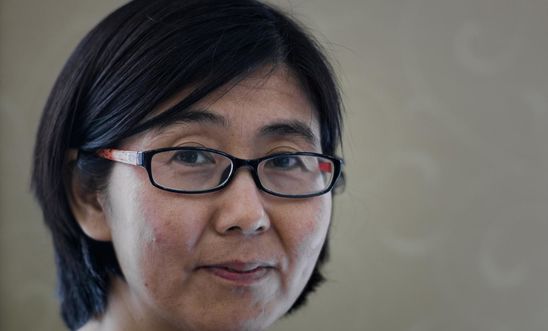 The Chinese authorities must end their ruthless assault against human rights lawyers and activists, Amnesty International said on the first anniversary of the start of an unprecedented crackdown.

At least 248 human rights lawyers and activists were targeted during the nationwide sweep which began on 9 July 2015. One year on, 17 individuals caught up in the onslaught remain detained, eight of whom could face life imprisonment after being charged with “subverting state power”.

Most of the detained lawyers were denied legal counsel and contact with their family, in clear violation of their rights.

“These are dark days for human rights in China. The authorities have used every repressive and dirty trick in the book to crush this respected group of lawyers, who they apparently see as a threat to the power of the Communist Party.

“President Xi Jinping has the gall to claim the Chinese government upholds the rule of law even when lawyers face life in jail for trying to do just that.

“Lawyers play a crucial role in protecting human rights and the rule of law, and the authorities must stop arresting them by the dozens and misusing state security laws against them.”

Missing lawyers and activists - including prominent Beijing lawyer Wang Yu whose vanishing marked the start of the crackdown - were placed under a form of secret detention known as “residential surveillance in a designated location”. This allows the police to hold suspects for up to six months outside of the formal detention system, without access to anybody outside, and places suspects at great risk of torture and other ill-treatment.

The authorities were also swift in unleashing a propaganda war against the lawyers, using state media, accusing the Fengrui law firm in Beijing, which has worked on many sensitive cases, of being at the centre of “a major criminal gang”. Four lawyers from the firm, including Wang Yu, remain in detention on state security charges.

Wang Yu’s husband and fellow lawyer, Bao Longjun, faces up to 15 years in prison for “inciting subversion of state power”. The couple’s teenage son, Bao Zhuoxuan, remains under close police surveillance after he was captured across the border in Myanmar in October 2015. Bao Zhuoxuan was attempting to leave China after previously being blocked from studying abroad. There has been a clear pattern of the authorities using family members as leverage against suspects, a clear violation of international law.

The crackdown against human rights lawyers is part of a calculated operation by the Chinese government to suppress civil society. New or proposed laws give the authorities unchecked powers to target individuals and organisations that are seen to criticise the government and its policies.

A new Anti-Terrorism Law, passed in December 2015, includes virtually no safeguards to prevent those who practice their religion or criticise government policy from being prosecuted for “terrorism” or “extremism” offences. A new Foreign NGO law will severely restrict legitimate activities.

The crackdown against lawyers began in the early hours of 9 July 2015, when prominent Beijing lawyer Wang Yu went missing after she sent panicked phone messages to friends. The messages stated her internet and electricity had been cut off, and that people were trying to break into her home.

In the following days hundreds of lawyers and activists across the country were targeted with dozens of individuals taken away by police. All had supported victims of human rights abuses in China and represented the victims in the legal process.