China: Claims that Uyghers have been released 'deceptive and unverifiable' 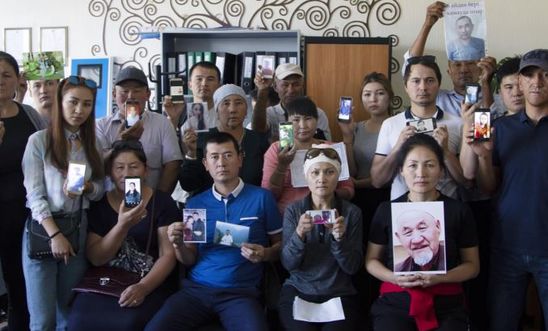 An estimated one million predominantly Muslim people are being detained.

Responding to claims by senior Chinese officials that they have released the majority of ethnic minority Muslims being held in detention camps in northwest China, Nicholas Bequelin, Amnesty International’s Asia and South-East Asia Regional Director, said:

“China is making deceptive and unverifiable statements in a vain attempt to allay worldwide concern for the mass detentions of Uyghurs and members of other ethnic minorities in Xinjiang.

“We have received no reports about large-scale releases. In fact, families and friends of people who are being detained tell us they are still not able to contact them.

“Given China’s record of heavy censorship, outright falsehoods and systematic obfuscation about the situation in Xinjiang, it remains imperative that UN human rights investigators, independent observers and the media be given unrestricted access to the region as a matter of urgency.”

In a briefing published in September, Amnesty called on China to end its systematic repression of up to one million predominantly Muslim people arbitrarily detained in the Xinjiang Uyghur Autonomous Region.

The briefing, China: Where are they?, highlighted the anguish of people who have lost touch with relatives and friends, fearing they have been detained.