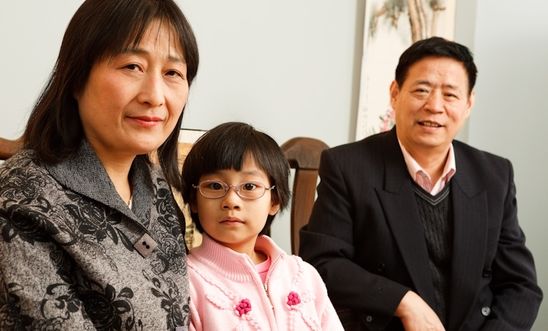 China’s abolition of its notorious “Re-education Through Labour” (RTL) camps is set to be no more than a “cosmetic change”, with the authorities already stepping up other forms of persecution to take their place, Amnesty International said in a briefing released today (17 December).

While “Re-education Through Labour” camps are being shut down, Amnesty finds that the Chinese authorities are increasingly making use of “black jails”, enforced drug rehabilitation centres, and “brainwashing centres” in their place.

On 15 November, China announced that it would abolish the long-standing “Re-education Through Labour” system, which for decades has been used to arbitrarily detain hundreds of thousands of people without charge or trial. The “re-education” process often involved subjecting people detained for political, religious or personal beliefs and activities to torture to make them renounce their beliefs and cease these activities. Amnesty’s research shows that the authorities are now increasingly simply using other channels to punish the same types of individuals.

“Abolishing the ‘Re-education Through Labour’ system is a step in the right direction. However, it now appears that it may only be a cosmetic change just to avert public outcry.

“It’s clear that the underlying policies of punishing people for their political activities or religious beliefs haven’t changed. The abuses and torture are continuing, just in a different way.

“Many detainees, who had spent years in RTL camps, are now being sent directly to ‘black jails’, ’brainwashing centres’ or drug RTLs because they continue to refuse to give up their rights or beliefs.

“There needs to be a fundamental change in the policies that are at the root of the repression and which strip detainees of their most basic rights. As long as those are in place, the Chinese authorities will simply find new ways to punish individuals they see as a threat.”

Falun Gong is a spiritual movement which gained large numbers of supporters in China during the 1990s. After it staged a peaceful gathering in Tiananmen Square in July 1999, the government outlawed the group and launched a long-term campaign of intimidation and persecution. Practitioners have traditionally been held in “Re-education Through Labour” facilities, without charge, trial or judicial review. Torture is used to coerce Falun Gong practitioners into renouncing their peaceful beliefs.

The authorities have recently expanded the use of “brainwashing centres”, sometimes officially known as “legal education classes”. These places are designed primarily as places where Falun Gong practitioners are coerced into renouncing their beliefs.

Amnesty’s briefing also details the increasing use of so-called “black jails”, unofficial detention facilities, often set up in seemingly random places like hotels or abandoned buildings, to incarcerate petitioners. These jails have no legal basis in Chinese law and the authorities continue to deny their existence, leaving detainees potentially even more at risk of human rights violations than in the official “Re-education Through Labour” system.

Torture is rampant in both “black jails” and “brainwashing centres”. Former “Re-education Through Labour” detainees told Amnesty how they were severely beaten, sometimes with electric batons, denied food, subjected to simulated drowning, injected with unknown drugs and subjected to the “rack” torture.

Zhang Lianying, 52, was sent to a “Re-education Through Labour” camp three times for refusing to give up her religious beliefs. At the notorious Masanjia “Re-education Through Labour” camp she was subjected to “rack” torture over 20 times, for days at a time. She often had to endure this torture naked, and was not fed, allowed to drink, sleep or go to the toilet during the entire time.

She told Amnesty that she was beaten immediately after arriving at the camp:

“A male guard hit my face again and again with handcuffs and with his fists. They tried to pry open my mouth … and took turns smashing my mouth and teeth with metal ladles. Blood gushed out of my mouth. Male and female guards grabbed my hair and banged my head against the wall and a table.”

Other detainees described being put through mental torture, with threats that their relatives would be targeted. Detainees were also forced to discipline and “‘re-educate” other detainees.