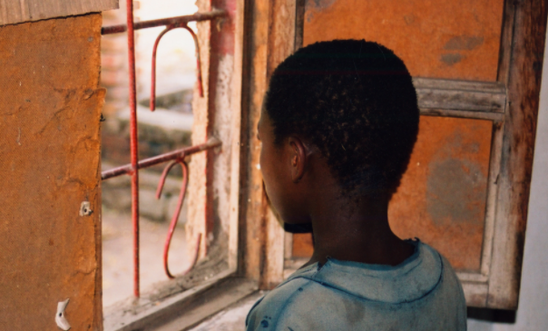 Testimonies, satellite imagery and photographic analysis confirm the killing of 14 people last week in Bambari and Bangui, the capital

‘In a country where conflict has been raging for two decades, the authorities must prioritise the protection of human rights and the fight against impunity for those who violate them’ - Abdoulaye Diarra

The authorities in the Central African Republic must protect civilians and launch independent judicial investigations into abuses and human rights violations carried out by armed groups and security forces, Amnesty International said today.

Ahead of the presidential and parliamentary elections on 27 December 2020, a coalition of six armed groups — the Coalition of Patriots for Change (CPC) — tried to stop the elections taking place.

Since 17 December, the CPC has launched a series of attacks against several towns, occupying them. Central African armed forces, supported by foreign troops in the presence of United Nations peace keeping forces clashed with the CPC as they attempted to free the occupied towns.

By compiling together first hand testimony and the analysis and verification of satellite imagery, video and photographs, Amnesty can confirm that many civilians have been killed in several towns including Bambari, in the centre of the country, and Bangui, the capital.

Many people have also been displaced in Bangassou, in the south-east, while the supply of essential goods and humanitarian aid into the country was blocked.

"In a country where conflict has been raging for two decades, the authorities must prioritise the protection of human rights and the fight against impunity for those who violate them.

“Humanitarian needs have also increased with this crisis. Humanitarian workers must be able to freely access all people without interference and civilians access to humanitarian assistance must be protected during conflicts.

“All parties to the conflict, including Central African forces, foreign forces, and armed groups, must respect the international humanitarian law.

“Given the gravity of these acts, it is urgent that the authorities open an investigation to clarify the facts and identify those responsible.”

CPC members occupied several areas in Bambari on 22 December 2020. The government and allied forces clashed with them on 15 and 16 February 2021.

Amnesty can confirm that civilians were killed in Bambari during the clashes by analysing multiple images and one video that can be geolocated to a religious site in the east of Bambari, showing the bodies of people reportedly killed on 16 February 2021.

As many as 14 bodies are visible on the floor, most either partially or fully covered. On visible parts, these people were not wearing military clothes and a close up shows a woman and child.

The photos also show damage to the site. One confirmed image shows the impact of an explosive weapon, with blast damage visible. Injuries mirroring the damage seen on the wall are visible in photos of at least three bodies.

In addition, Médecins Sans Frontières announced on 22 February that a medical center supported by its teams had been damaged with bullets and explosives during the 16 February clashes. They have also treated around 30 injured people, including eight women and nine minors — aged between 17 months and 17 years — who were wounded by bullets and shell fragments.

On 7 January, the authorities implemented a curfew across the country. According to testimonies received by Amnesty, a young man who allegedly violated the curfew was shot and killed by security forces on the evening of 11 January in the 5th District of Bangui. Many young people in the area protested the killing by carrying his body to the Prime minister’s office.

“Presidential guards shot in the air as young people were arriving near the state television building where they were blocked and dispersed. As they were leaving the area, groups of young men met another security forces unit which opened fire and fatally shot one of them in the head. His family buried him the following day.’’

Six other young men were injured during the incident.

As a result of attacks and clashes, at least 240,000 people have been displaced within the country since mid-December, according to humanitarian organisations. The situation has forced affected populations into deplorable humanitarian conditions.

A resident of Bangassou told Amnesty:

“On 3 January, the situation was terrible. There was fire, scenes of looting, gunfire, explosion noises. The whole city emptied and 80% of the population crossed the river to reach the city of Ndu in Democratic Republic of the Congo. People were unable to go to the fields or go fishing and they lost their cattle which were stolen by armed groups."

On 11 January the UNHCR confirmed that at least 15,000 people arrived in the village of Ndu, following attacks in the towns of Damara and Bangassou on 2 and 3 January.

CPC members have deliberately carried out attacks on truck drivers in order to block the passage of food supplies and humanitarian aid, witnesses told Amnesty. This has led to a scarcity of food, and therefore to an increase in prices.

On 18 January three drivers caught in an ambush by the CPC were injured in Baboua.

Two other drivers were killed on 19 January on the same road, according to the authorities. The country's supply depends significantly on this route.

A member of a civil society organisation living in Nana-Mambere, in the west of the country, said:

“For three weeks, the main supply routes with Cameroon were disrupted and the lack of food, including in Bangui, was beginning to weigh on the civilian population. This resulted in higher prices for goods, and worsened the situation of people who were already living in poverty,”

Humanitarian needs increased during the election period due to the high number of displaced people. Many goods, and much humanitarian aid, accessed the country via the main road connecting the capital Bangui to neighboring Cameroon. The blockage of that road for weeks by armed groups was lifted last week. However, armed groups continue to threaten to block the corridor.

A member of a humanitarian NGO concerned about food security and the rise in prices, said

“Prices in the markets have already risen with the COVID 19 pandemic. The instability is now increasing inflation and the population’s access to basic goods is getting complicated, given the fact that food insecurity and malnutrition were already high in CAR."