Burundi's withdrawal from the ICC a 'cynical attempt to evade justice' 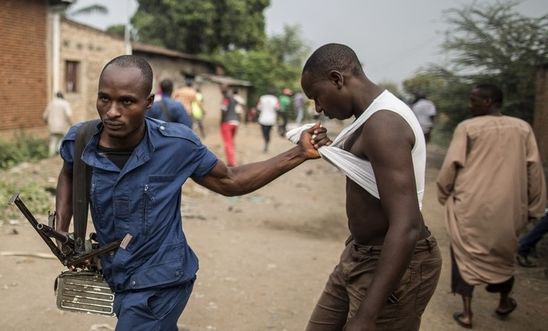 Burundi’s withdrawal from the Rome Statute of the International Criminal Court (ICC) has come into effect today, amid an ongoing ICC preliminary examination into crimes under international law committed in the country since 2015.

This is the first time in the Court’s history that it will be confronted with one of its member states withdrawing from the Rome Statute with the clear intention of stopping one of the Court’s investigations.

“The Burundian government has made a cynical attempt to evade justice by taking the unprecedented step of withdrawing from the ICC. But perpetrators, including members of the security forces, cannot so easily shirk their alleged responsibility for crimes under international law committed since 2015.

“Withdrawal from the Rome Statute does not in any way absolve Burundi of its obligations to end ongoing widespread human rights violations, or to address its abject failure to deliver justice for victims at the national level.

“The ICC can continue its preliminary investigations regardless of Burundi’s efforts to stop its work by withdrawing from the Court. Even if President Pierre Nkurunziza’s government will not cooperate with the Court, the ICC has ways and means to investigate and prosecute the crimes committed.”

For more about the situation in Burundi see here.