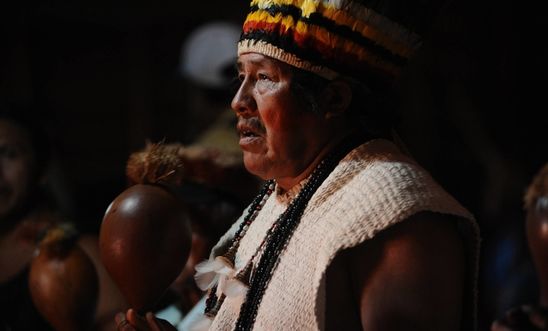 Indigenous People Guarani-Kaiowá, in the Brazilian state of Mato Grosso do Sul

The planned forced eviction of nine families of the Guarani Kaiowá Apika’y Indigenous Peoples from their ancestral lands in Mato Grosso do Sul state is another example of the authorities riding rough-shod over human rights to make way for landowners and profit, said Amnesty International today.

According to Amnesty's local partner Indigenous Missionary Council (CIMI), a judge has now notified the community that it will be forcibly evicted any day between 13 and 15 June.

“The news that Apika’y, the most vulnerable Guarani Kaiowá community, is at risk of imminent forced eviction is extremely worrying. The responsible authorities must urgently reverse this unjust decision which clearly violates Indigenous Peoples’ rights,” said Salil Shetty.

“The imminent forced eviction of Apika’y is an emblematic case which manifests long-term violations of Indigenous Peoples’ rights across the country, including death threats, killings, evictions and risks of backlash in legislation in favour of their territorial rights,” said Atila Roque.

The community has been given five days’ notice that it will be evicted. After the Mato Grosso do Sul local government refused to go ahead with the eviction the judge in charge of the case asked the Ministry of Justice to send the National Police Force to execute the eviction order. While it is understood the Ministry of Justice has not answered, the community leader has already received the notification and the forced eviction is imminent.

During the visit in 2013, Amnesty International identified the delay in the demarcation of indigenous lands as a source of injustices.

“It felt like being in a place where human rights hardly exist. Thousands of Indigenous People still don’t have their land demarcated. They are being expelled from their land and many are losing their lives. It’s very painful to hear about so many difficulties these communities are facing, also knowing that this happens not only here but in indigenous communities in many parts of the country,” said Salil Shetty during the visit.

Amnesty has been campaigning for Apika’y land rights and against their eviction on an ongoing basis and recently issued a new Urgent Action on the case: https://www.amnesty.org/en/documents/amr19/4103/2016/en/