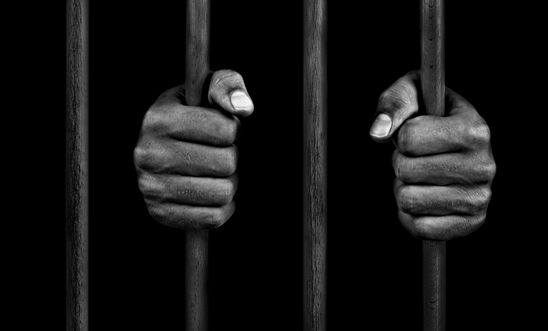 Fourteen prisoners are languishing on death row in Benin in appalling conditions and agonising uncertainty even though the death penalty in the country was abolished last year, said Amnesty International in a new report today (16 January).

The death row inmates have been informed by the prison authorities that they will not be executed but the men are still being held separately and under much stricter conditions than other inmates at Akrpo-Missérété Prison, close to Port Novo, Benin’s capital.

“These men have already suffered almost 20 years on death row, unsure every day that they wake whether or not it will be their last,” said Oluwatosin Popoola, Amnesty International’s Adviser on the death penalty. “They face an unclear fate in appalling detention conditions, without adequate food and medical care.”

The prisoners on death row detainees were convicted for a range of offences including armed robbery and assault, which do not meet the threshold of “most serious crimes”, which is the only category of crimes for which international law allows the death penalty.

“The Benin authorities must urgently commute their sentences officially and ensure that the conditions they are being held in comply with minimum international standards. This would bring to a close the cruel uncertainty that the men have been living with for nearly two decades and demonstrate Benin’s commitment to eliminating the last vestiges of the death penalty in the country.”

Azonhito Yaovi, aged 54, has been on death row for 18 years after being sentenced to death in August 1998. He told Amnesty.

“The fear of death is often worse than death itself. For years, I woke up wondering: will I be executed today, tomorrow, in a few months or in a few years?”

Prisoners on death row have very limited contact with the outside world. They are only allowed out of their cells five times a week when they have access to a small courtyard separate from the larger one used by other inmates. They are given just two small meals a day, which they have to supplement where possible with food brought in to them by their families.

If one of the death row prisoners is disciplined for misconduct, the whole group is locked up in their cells for several days as a collective punishment.

Additionally, many of the men said they have been unable to properly appeal against their convictions as they could not afford lawyers or never heard the result of their appeal procedure. All the men were convicted in either 1998 or 1999. The authorities must ensure they are provided with legal aid to pursue any outstanding appeals or seek judicial review against their convictions.

Amnesty’s report also highlights how the prisoners had suffered from life-threatening diseases, including malaria and tuberculosis, and that three death row prisoners had died due to inadequate medical care when held in Cotonou Prison, before they were transferred to Akrpo-Missérété Prison in 2010.

Death row prisoners said that they had to rely on relatives bringing them medication from outside. The prison authorities acknowledged that medical care for the inmates is limited. Some of the prisoners said that even if they were not going to be executed, they expected to die in prison due to the poor conditions and lack of adequate medical care.

“When we are sick, we rely on the help we can get from outside. If you have money and family to provide you with treatment, you survive. If you don’t, you die.”

In addition to commuting the death sentences of all death row prisoners, Amnesty is calling on the National Assembly of Benin to adopt legislation to remove death penalty provisions from its books.

“Benin is the 104th country in the world and the 19th country in sub-Saharan Africa to abolish the death penalty for all crimes and we applaud its efforts,” said Oluwatosin Popoola.

“However, it needs to formalise the abolition in its laws to make absolutely sure there’s no chance of sliding backwards on this achievement.”

The last known execution in Benin was carried out in 1987.

In 2012 the country acceded to the Second Optional Protocol to the International Covenant on Civil and Political Rights, aiming at abolishing the death penalty. The treaty commits Benin not to carry out executions and to take all necessary measures to abolish the death penalty within its jurisdiction. Benin has fulfilled its obligation, under the treaty, not to carry out executions.

Amnesty opposes the death penalty in all cases without exception, regardless of the nature or circumstances of the crime; guilt, innocence or other characteristics of the individual; or the method used by the state to carry out the execution. The death penalty is a violation of the right to life and the ultimate cruel, inhuman and degrading punishment.