Bahrain: two men at risk of execution within 24 hours 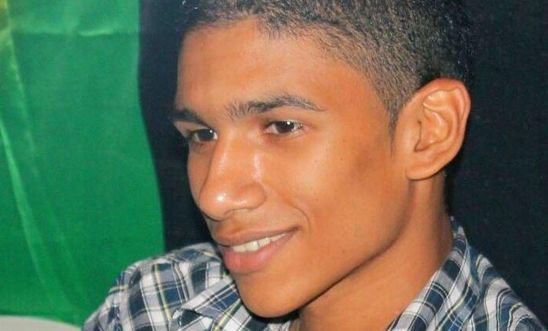 Along with Ali Mohamed al-Arab, Ahmed Issa al-Malali was tortured into making a false confession © Private

One of the men had toenails ripped out during torture sessions

The Bahraini authorities must halt the imminent execution of two men who were convicted after being tortured and convicted in a grossly unfair mass trial, said Amnesty International today.

Amnesty has reason to believe that Ali Mohamed al-Arab and Ahmed Issa al-Malali - who were convicted of a series of offences including “forming and joining a terrorist group” - could be executed within 24 hours.

This afternoon their families were summoned at short notice to visit the men in Jaw prison, where there have also been reports of increased security today, raising alarm that their executions could be imminent. Bahraini law requires that those being executed receive a family visit on the same day that they are killed.

Ali Mohamed al-Arab and Ahmed Issa al-Malali were first convicted in a mass trial involving 60 people in January 2018. Both have exhausted all possible judicial appeals.

While in custody, the men were tortured by security officers - including through electric shocks and beatings. Amongst other abuse, Ali Mohamed al-Arab’s toenails were ripped out.

“If the Bahraini authorities go through with these executions it would be an utterly shameful show of contempt for human rights.

“The death penalty is an abhorrent assault on the right to life and the utmost cruel, inhuman and degrading punishment. Its use is appalling in all circumstances, but it is all the more shocking when it is imposed after an unfair trial in which the defendants were tortured to ‘confess’.

“Bahrain’s authorities must immediately halt all plans to carry out these executions. These two men could be dead within 24 hours.

“Bahrain’s international allies, primarily the USA and the UK, must speak out today and make a strong call on the Bahraini authorities to stop these imminent executions and end their use of the death penalty.”