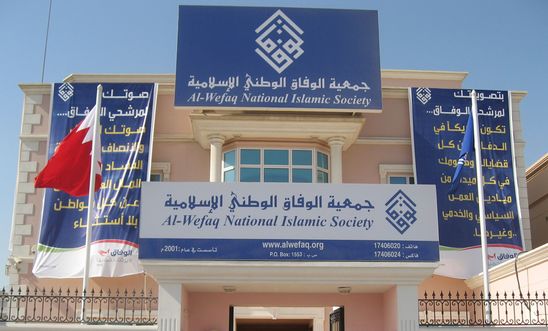 Members of al-Wefaq Society, Bahrain's largest Shi'a political association, are among those whose nationality was stripped. © Amnesty International

The 31 include two former MPs, brothers Jawad and Jalal Fairouz now in London

Bahrain’s Ministry of Interior must immediately rescind the decision to strip 31 members of the opposition of their Bahraini nationality made a year ago, Amnesty International urged.

On 7 November 2012, the Ministry took the extreme measure against the opposition activists, who are all Shi’a, saying they had caused “damage to state security”. Those without dual citizenship were effectively made stateless by the decision.

The 31 activists include two former members of Parliament, the brothers Jawad and Jalal Fairouz, both from al-Wefaq Society, the largest Shi'a political association. They are now in exile in London.

“Stripping away the nationality of government critics shows that the Bahraini authorities continue to lash out and discredit anyone they deem a threat. Instead of addressing the criticism levelled against them, the authorities have found no other way to respond than depriving Bahraini citizens of their nationality.

“The Ministry of Interior must rescind its earlier decision urgently and restore the Bahraini nationality to all 31 opposition activists. Such retaliation has a chilling effect on peaceful dissent and freedom of expression, and has serious human rights implications for everyone in Bahrain.”

Those affected also include religious figures such as Ayatollah Hussain al-Najati, who has reportedly been under immense pressure to leave Bahrain, as well as other London-based opposition activists who had been tried and given life imprisonment in several cases.

Some of those who had their nationality revoked and remain in Bahrain have found it difficult to challenge the legality of the decision in court. Some have been forced out of their jobs since the decision was taken.

In July, amendments were made to the country’s 2006 anti-terrorism legislation to include the revocation of Bahraini citizenship along with drastically increasing prison sentences for anyone found guilty of terrorism-related offences.

Revocation of nationality resulting in statelessness is a violation of international human rights treaties which Bahrain is party to.