Bahrain: four people expelled to Iraq after having nationality revoked 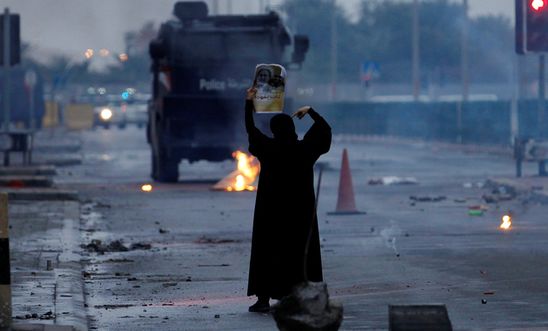 Bahrain has been wracked by protests, arrests and civil strife for the past seven years © REUTERS/Hamad I Mohammed

Since 2011, Bahrain has revoked the nationality of over 550 people, including at least 150 last year

‘The Bahraini government is using revocation of nationality … and expulsion as tools to crush all forms of opposition, dissent and activism’ - Lynn Maalouf

Bahrain has expelled four citizens to Iraq after their nationality was revoked, said Amnesty International today.

Brothers Ismail and Ibrahim Darwish were expelled to Iraq at 9am on Sunday (28 January), followed by Adnan Kamal and Habib Darwish on Monday.

Four other people - Mohammed Ali, Abdul Amir, Abdulnabi Almosawi and his wife Maryam Redha - who also had their nationality revoked in 2012, were told they will be forcibly deported to Iraq tomorrow.

The four expelled men are part of a group of 31 Bahraini citizens stripped of their nationality on 7 November 2012 on the grounds that they’d caused “damage to state security”. The 31 people, who were never officially notified of this decision and learned about it from the media, include activists who are now in exile, a lawyer, Shi’a clerics, two former members of parliament, and other individuals with no political or religious affiliation.

Since 2011, the Bahraini authorities have revoked the nationality of over 550 people, including at least 150 in 2017.

“The Bahraini government is using revocation of nationality - rendering many of its citizens stateless in the process - and expulsion as tools to crush all forms of opposition, dissent and activism.

“It is doing so with little to no pushback from the international community, including key allies such as the United Kingdom that could use their leverage to publicly condemn these actions.

“Turning citizens into stateless people and banishing them by forcing them to leave the country is a violation of international law.

“Bahrain’s authorities must immediately halt all planned expulsions and allow those it has already expelled to return to the country and reinstate their nationality.”