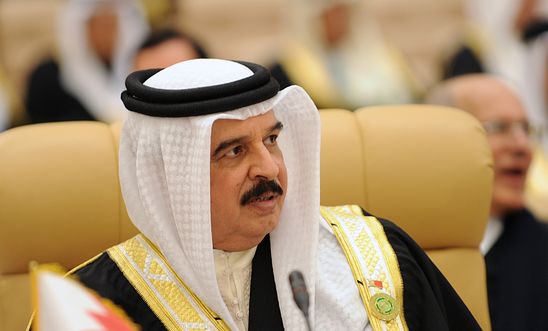 The King of Bahrain ratified a constitutional amendment today that paves the way for military trials of civilians, in yet another example of Bahrain’s efforts to dismantle access to justice and fair trial, said Amnesty International.

“This constitutional amendment is a disaster for the future of fair trials and justice in Bahrain. It is part of a broader pattern where the government uses the courts to crackdown on all forms of opposition at the expense of human rights.

“Instead of moving to correct its shameful history of unfair trials and impunity for violations, authorities in Bahrain have decided to further undermine faith in the independence and fairness of the courts and of the justice system as a whole.”

Amnesty International is alarmed by the vaguely worded amendment which could be used to try, before a military court, any critic deemed to be a threat to Bahrain’s national security or its “independence, sovereignty or integrity”, including – as has been the case in the past – peaceful activists prosecuted on trumped-up charges.

Under the measure, defendants – including civilians – could be subjected to grossly unfair military trials, including possibly closed trials and being denied the right to an attorney of their choosing.

The move also harkens back to a period of martial law imposed following mass protests in 2011, which saw Bahrain’s military courts used to crack down on dissent.

Scores of peaceful opposition and human rights activists, nurses, doctors and teachers were sentenced to prison, in grossly unfair military trials that were characterised by a range of violations, including admitting “confessions” obtained under torture.

“Trials before military courts violate fundamental requirements of international law and standards for fair trial, as recognized by the International Covenant on Civil and Political Rights, to which Bahrain is a State Party,” said Lynn Maalouf.

“To avoid a lurch backwards to the dark days of martial law, the amendment should be repealed. And the Bahraini authorities must undertake a serious reform of their laws and of the justice system, in line with their obligations under international law.”

Amnesty International had previously issued a public statement urging the King of Bahrain not to ratify the proposed amendments to the constitution and to abide by international standards on fair trial.