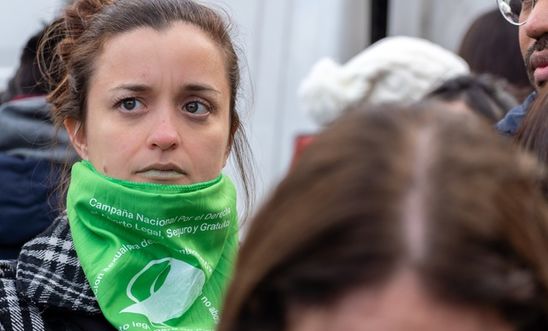 In the early hours of this morning, the Argentine Senate voted to reject the draft bill to legalise voluntary termination of pregnancy during the first 14 weeks. This represents the loss of a historic opportunity for the human rights of women, girls and others who can become pregnant, Amnesty International said today.

“The Argentine lawmakers chose today to turn their backs on hundreds of thousands of who can get pregnant who have been fighting for their sexual and reproductive rights. The senators who voted against this or abstained have therefore decided to agree on a system which forces women, girls and others who can become pregnant to undergo clandestine and unsafe abortions.

“All that this decision does is perpetuate the circle of violence which women, girls and others who can become pregnant are forced into. The executive branch had sent a message by opening the debate, but the legislative branch has not risen to the occasion.

“The international community has called on Argentina on several occasions to amend its legislation as it violates the human rights of women, girls and others. The country has let this historic opportunity go to waste: the opportunity to become an example for the region and follow in the footsteps of Uruguay and Mexico City. It is an unforgiveable step backwards.”

The current model in Argentina – which criminalises the woman except in cases where there is a danger to her life or health, or in cases of rape – has led to more than 3,000 Argentine women losing their lives over the past 30 years and a further 49,000 per year putting their health and lives at risk.

There will not be another opportunity to address this issue again until next year’s parliamentary term.

Explainer: Why Argentina’s vote to decriminalise abortion will be historic