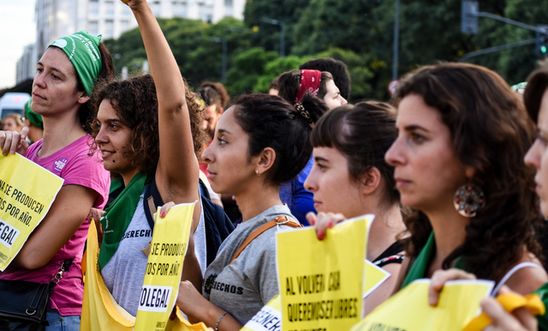 “New legislation could end a vicious circle where people have no option but to risk their lives, their health, and their freedom if they are sent to prison” - Mariela Belski

Today’s bill to decriminalise abortion in Argentina is a fundamental step for the rights of women, said Amnesty International.

“We’re celebrating this first step taken by the Chamber of Deputies in its decision to move towards decriminalising abortion. New legislation could end a vicious circle where women have no option but to risk their lives, their health, and their freedom if they are sent to prison.

“Classifying the legal termination of a pregnancy as a crime has no basis in international law.”

Under the current legal framework, Argentina adheres to the model of decriminalisation on certain grounds, whereby an abortion is deemed illegal unless there is a risk to the life or health of the woman, or in cases of rape. The bill, which was passed today by the Chamber of Deputies, completely decriminalises abortion up to 14 weeks of pregnancy.

The bill will now go through the Argentine Senate, which has the opportunity to finally take a definitive step towards full recognition of the rights of women and girls.

“Today Argentina has committed to make significant progress in defending the human rights of women and girls, and is also sending an important message to the rest of the continent, where restrictive laws on accessing safe and legal abortions have caused death and suffering for millions of women, girls and others.

“Very soon, Argentina could join places like Uruguay and Mexico City where abortion-related maternal mortality has decreased, in part thanks to complete decriminalisation.”