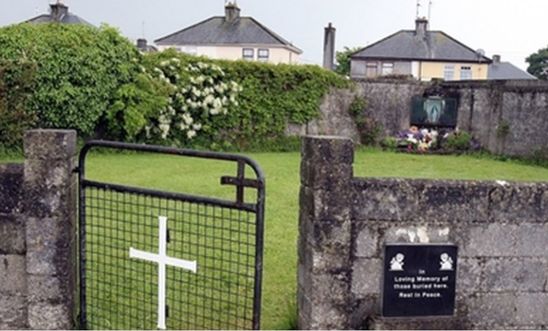 Amnesty International has welcomed the support of the head of the Catholic Church in Ireland for its call for an inquiry into Mother and Baby Homes in Northern Ireland.

Eamon Martin, Archbishop of Armagh and the Primate of All Ireland, voiced his support for Amnesty’s call for an inquiry, saying many in the church and society were “ashamed” and that he now wanted to “establish the truth, the whole truth about what happened”.

Amnesty first called on the Northern Ireland Executive to set up an inquiry into the homes four years ago and repeated the call last week following the discovery of a significant quantity of human remains in a decommissioned sewage chamber at a Mother and Baby Home in Tuam, Co Galway.

“Amnesty welcomes the Archbishop’s support for an inquiry into Mother and Baby Homes in Northern Ireland, something that we and victims have been requesting for many years.

“It is regrettable that Northern Ireland government ministers previously failed to establish an inquiry. But following the discoveries at Tuam, a wider inquiry under way in the Republic, and now the Archbishop’s support, there is a momentum to discover the truth about what happened in such homes north of the border.

“We are calling for archaeological site surveys at all former Mother and Baby Homes in Northern Ireland and a proper investigation into the human rights abuses which are alleged at the institutions.”

Amnesty International has previously identified 12 Mother and Baby Homes and Magdalene Laundry-type institutions which operated in Northern Ireland, some lasting into the 1980s.

Thousands of unmarked graves - including of babies and infants - have previously been identified in land at the edge of Milltown cemetery in Belfast.