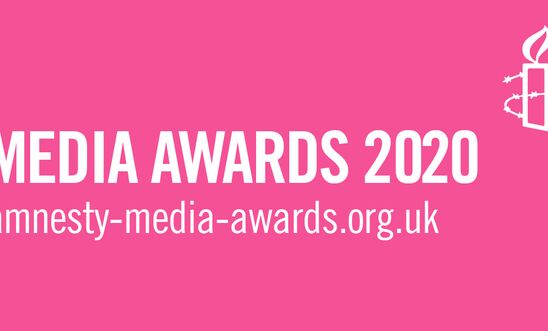 Entry for the 2021 awards now open

The winners of Amnesty International UK’s prestigious Amnesty Media Awards 2020 have been announced this evening.

The acclaimed Syria documentary For Sama added to its growing list of accolades, winning the award for best documentary, while Hardcash Productions for ITV Exposure won best investigation with its Inside China’s Digital Gulag programme.

Viewers of the ceremony were encouraged to support an Amnesty campaign calling for the release of Khaled Drareni, an Algerian journalist sentenced to two years in prison last month for reporting on an anti-government protest.

“These awards recognise truly outstanding journalism which has shone a spotlight on the world’s darkest corners - from the crisis in Yemen to the plight of Uyghur Muslims in China.

“In a world of misinformation and conspiracy theory, we need thorough, fact-based human rights reporting now more than ever.

“We pay tribute to the inspiring bravery and dedication of journalists who’ve uncovered wrongdoing, held those in authority to account, and helped create a fairer, more open world.”

The full list of Media Awards 2020 finalists can be found here.

You can enter next year’s awards now by visiting the Amnesty Media Awards website: https://amnesty-media-awards.org.uk/