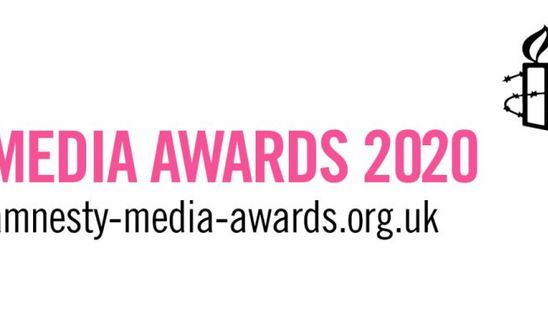 Amnesty International UK has today revealed the finalists for the Amnesty Media Awards 2020, a prestigious set of awards now in its 28th year.

The winners of this year’s awards will be announced at an awards ceremony at BFI Southbank in central London on Wednesday 22 April, hosted by television presenter, journalist & broadcaster, Naga Munchetty.

The 11 award categories celebrate excellence in human rights journalism from the past year and applaud the courage and determination of journalists and editors who sometimes put their lives on the line to report on vital human rights issues.

The judging panels were made up of high-profile UK journalists and representatives from Amnesty.