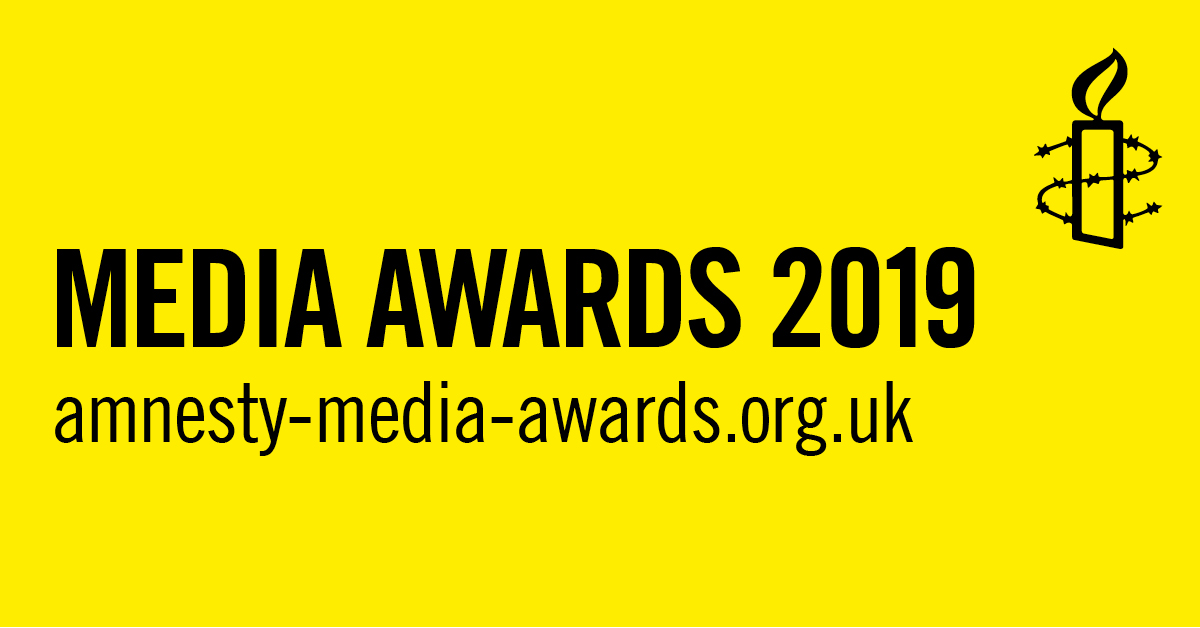 Photographs of the winners can be downloaded here. Credit: Emily Mudie/Amnesty International.

The winners of Amnesty International UK’s prestigious Media Awards 2019 have been announced at a ceremony in London this evening.

The Guardian took home Amnesty’s Impact Award for its Windrush Scandal campaign, and imprisoned Reuters journalists Wa Lone and Kyaw Soe Oo were recognised for their investigation into the massacre of Rohingya people in Inn Din state in Myanmar.

Channel 4 News, The Mail on Sunday and BBC Radio 4 were also winners at this evening’s awards.

Amnesty’s Media Awards, which have been running annually since 1992, celebrate excellence in human rights journalism and applaud the courage and determination of journalists who often put their lives on the line to report on vital human rights issues.

The ceremony was held at Bafta in central London and was hosted by journalist and Channel 4 News presenter Cathy Newman.

During the ceremony, there was a moment of reflection for the 89 journalists who were imprisoned last year for their work. The event was also used to highlighted the case of Barry McCaffrey and Trevor Birney - two Northern Ireland journalists who could potentially face prison sentences for exposing police collusion in a massacre of six civilians in Loughinisland in 1994. The pair gave a speech about their experiences during the ceremony.

“Media work is vitally important for Amnesty and everything we do. This evening we’ve seen some brilliant journalism that has had enormous human rights impact.

“The reporting we’ve recognised has helped change lives - from the Windrush Generation in Britain to Rohingya refugees in Bangladesh.

“Without a free press, it’s extremely difficult to expose wrong-doing and hold leaders to account. But even here in the UK we’re seeing it being threatened - especially with the sinister arrest of Trevor Birney and Barry McCaffrey in Northern Ireland last year.

“That’s why our awards are about congratulating the achievements of the media and championing its role in creating a fairer, more open world.”

The full Media Awards 2019 shortlist can be found here.