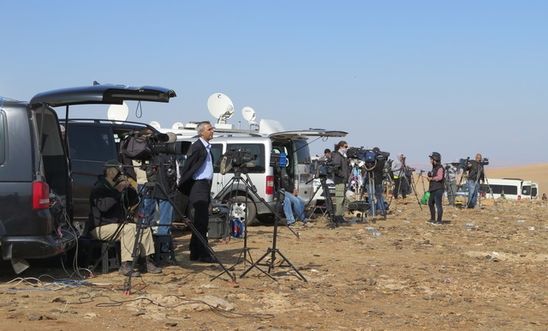 Amnesty International UK has today revealed the finalists for its Media Awards 2018, a prestigious set of awards that have now been running for 27 years.

The winners of this year’s awards will be announced at an event in central London on Wednesday 28 March, hosted by journalist and broadcaster Jeremy Paxman.

The 11 award categories celebrate excellence in human rights journalism over the past year, and applaud the courage and determination of journalists and editors who sometimes put their lives on the line to report on vital human rights issues.

This year’s awards were extremely competitive, with Amnesty receiving more than 275 entries across the categories. For the first time, the awards will include an Impact Award, chosen by Amnesty to recognise journalism that has helped bring about important human rights change.

“Amnesty was itself launched because of a newspaper article, so we’re very aware of the vital role the media plays in exposing human rights abuses and helping to change things for the better.

“The best journalism has the ability to bring powerful images and stories straight into our living rooms, to hold leaders to account, and to inspire us to take action.

“At a time when countries like Turkey are silencing many of their journalists, there’s a pressing need to champion the important work of the free media.

“Our awards celebrate the creativity, the bravery and the skill of some of the world’s best human rights reporters.”

The nominations for the Impact Award are: