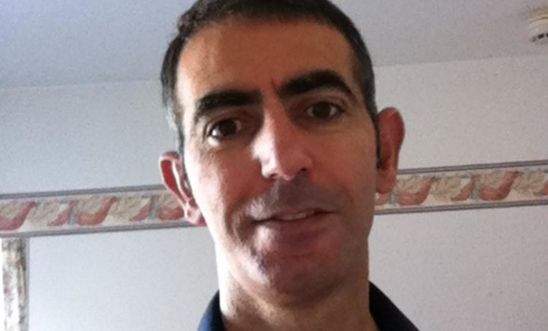 Amnesty International today announced a new emergency campaign to combat racism and xenophobia in the UK, prompted by reports of a rise in racial abuse in the wake of the EU referendum. The human rights organisation also revealed that one of its members was racially abused in a Belfast bar at the weekend.

The announcement comes amid news that reports to police of hate crimes have risen since Thursday’s referendum. The UN has also today raised concerns over the reported rise in attacks.

Amnesty will conduct research into the rise in racism and xenophobia across the UK. The new research will examine reports of abuse and their causes, including the public and political discourse around both the EU referendum and the London mayoral election.

Amnesty has issued an urgent call on local politicians and councils to condemn racism in all its forms, and to commit to ensuring that all local bodies and programmes have the support and resources needed to fight and prevent racism and xenophobia. Amnesty aims to get every local council, including those in Northern Ireland, to sign up to the commitment.

Meanwhile Amnesty is encouraging people to show their solidarity with people experiencing abuse, using the #AgainstHate hashtag, and has also published guidelines on its website detailing how to report hate crimes.

A member of Amnesty’s Belfast group was verbally racially abused on Saturday night by a man who asked him if he was from the European Union before telling him to “get the fuck out of our country”.

Mohammed Samaana, a 41 year-old nurse in a Belfast hospital, was verbally attacked in a city-centre Belfast bar. He describes the incident:

“On Saturday night, a man I have never met before said to me: “You from the EU? Fuck off back to your country. Get the fuck out of our country.”

“At first I thought he was joking, but then he continued the abuse and started shaking his fists at me. At that point I decided it was better to leave rather than have the incident escalate.

“What makes me really sad is that the three men and three women who were with him didn’t say a word, condoning his racism by their silence. I think everyone now needs to speak out and challenge racism wherever and whenever we see it.”

Mr Samaana is a dual Palestinian-UK citizen who has lived in Northern Ireland for fifteen years and works as a nurse in a Belfast hospital.

“This racist verbal attack - in a busy Belfast bar - is just the latest reported incident of its type across the country.

“Bigotry and xenophobia existed before this referendum, but it feels like racists now think it is open season to attack people of a different nationality, accent or skin colour.

“When politicians fuel racist thinking, we should not be wholly surprised when some people feel they have been given a license to act on their prejudices.

“Society must not stand idly by while migrants and people from minority ethnic communities feel fearful for their safety and their future. After a nasty referendum campaign, politicians must deliver action, not merely words, to reassure everyone that they can feel secure and welcome here.

“Amnesty calls on Northern Ireland’s political representatives, in councils and in the Assembly, to do all in their power to stand against hate.”

“I am deeply concerned at reports of attacks and abuses targeting minority communities and foreign citizens in the United Kingdom over the last few days. Racism and xenophobia are completely, totally and utterly unacceptable in any circumstances. I urge the U.K. authorities to act to stop these xenophobic attacks and to ensure that all those suspected of racist and anti-foreigner attacks and abuses are prosecuted.”