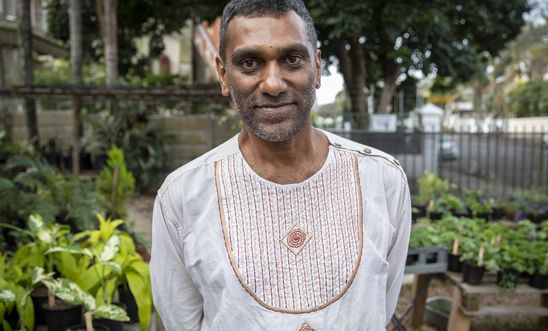 The human rights movement needs to be bigger, bolder and more inclusive if it is to tackle the challenges that people face today, said Kumi Naidoo as he officially started his role as Secretary General of Amnesty International.

In his first statement as Secretary General, Naidoo set out his vision for the direction of the world’s largest human rights organisation:

“Our world is facing complex problems that can only be tackled if we break away from old ideas that human rights are about some forms of injustice that people face, but not others. The patterns of oppression that we’re living through are interconnected.

“You cannot talk about the climate change crisis without recognising that it is also an inequality and race issue; you can’t address sexual discrimination without recognising that it is bound up in the economic exclusion of women; and you can’t ignore the fact that people’s civil and political rights are often suppressed exactly when they are trying to demand basic economic justice.

“In my first message as Secretary General, I want to make clear that Amnesty International is now opening its arms wider than ever before to build a genuinely global community that stretches into all four corners of the world, especially in the global south.

“I want us to build a human rights movement that is more inclusive. We need to redefine what it means to be a human rights champion in 2018. An activist can come from all walks of life – a trade union, school, faith group, government or indeed business.

“I want young people to know especially that we are open to you and need you to challenge us to do better by you. It is my abiding belief that young people are not the leaders of tomorrow, but the leaders we need here and now. The Ahed Tamimis, the Elin Erssons, the Sibongile Ndashes, and every single person that has not shied away from civil disobedience or being called naïve or idealistic are the bold role models we need today.

“Amnesty International was built on the idea that people, regardless of where they are or who they are, take the injustice that other people face personally. And it has proved time and time again that when strangers come together to fight for people that they have never met across the other side of the world, change is possible.

Paying tribute to Amnesty International’s former Secretary General, Naidoo said, “I want to thank Salil Shetty for the contributions he has made to Amnesty International over the past eight years, and for his work on strengthening our presence throughout the world. I hope to build and expand on his legacy to ensure that we become a united global movement.”

Naidoo was inspired to apply for the role as the global head of Amnesty after seeing a letter that Nelson Mandela had written to Amnesty International in 1962, thanking the organisation for sending a representative to observe his trial.

On the eve of taking up his new role at Amnesty International, Naidoo returned to where his story began, by paying a visit to Chatsworth Secondary School in Durban for the first time since his expulsion in 1980.

Speaking to the children at the morning assembly, Naidoo said: “Do not accept your voice does not matter, do not wait until tomorrow to exercise leadership since if you wait, there will be no tomorrow. And remember that service to humanity brings you the greatest happiness."

On his first day in office, Naidoo welcomed news of a decision by a court in Istanbul to release the Honorary Chair of Amnesty International Turkey, Taner Kilic after more than fourteen months behind bars.

Kumi Naidoo is a life-long social justice campaigner from South Africa. Born in Durban in 1965, Naidoo’s first taste of activism came at age 15 when he organised and took part in an anti-apartheid protest that saw him expelled from his school.

From there he became deeply embedded in activism in his local community and organising mass mobilisations against the apartheid regime. In 1986, at the age of 21, Naidoo was charged for violating the state of emergency regulations. He was forced to go underground, before deciding to live in exile in the UK where he stayed until Nelson Mandela was released and liberation movements were unbanned.

As the apartheid regime crumbled, Naidoo returned to South Africa in 1990 to work with the African National Congress. There, he took up a cause close to his heart: education, specifically adult literacy campaigns and voter education efforts to empower historically and systematically disenfranchised communities.

Naidoo has held multiple leadership roles, but his time as Executive Director of Greenpeace International cemented his reputation as a bold activist who championed civil disobedience, most notably when he was arrested for scaling a Greenlandic oil rig to hand-deliver a petition in protest of drilling in the Arctic in 2011.  A year later he occupied a Russian oil rig in the Barents Sea in the Russian Arctic.

Naidoo’s most recent role has been as a co-founder and interim chair of the pan-African organisation, Africans Rising, which works for justice, peace and dignity. The group, which has forged partnerships across trade unions, religion and civil society, aims to change the fact that while Africa as a continent has benefitted from economic growth, Africans themselves have not shared that increasing wealth and power.

The Secretary General is appointed by the International Board of Amnesty International for an initial four-year term. The appointment followed an extensive global search.