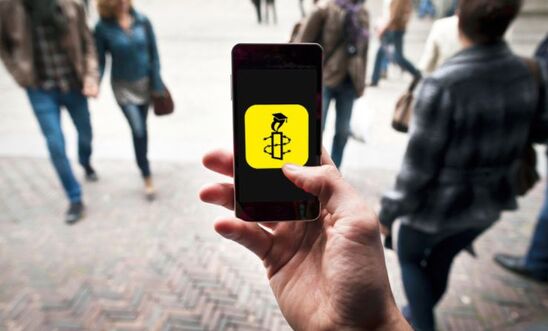 Free app is available on iOS and Android, and in more than 20 languages

Amnesty International has launched a free human rights learning app which aims to educate the next generation of human rights defenders on a host of topics including freedom of expression, digital security and Indigenous Peoples’ rights.

Called Amnesty Academy, the app enables people around the world to access courses ranging from 15 minutes to 15 hours in length in more than 20 languages, including Urdu, Bangla, Hungarian, Korean, Russian, Thai, Czech and Turkish. The courses are suitable for people aged 12 years upwards. All courses can be downloaded within the app - which is available on both iOS and Android devices - allowing for offline study.

A key feature of the app is its flexible, self-paced approach to learning, allowing users to start courses as and when it suits them. Students who complete some of the longer courses will be awarded an official certificate signed by Amnesty’s Secretary General.

“This app has been designed to empower and encourage everyone everywhere to learn about human rights. Sharing knowledge is a vital way to help us stand up for our own and for each other’s rights, and to struggle for justice and equality all over the world.”

“Human rights education is the foundation of Amnesty’s work. Our overall goal is to ensure that people worldwide know and can claim their human rights. The Amnesty Academy app brings us closer to this goal by providing a simple and accessible platform for millions of people to access quality human rights education.”

Amnesty Academy will be regularly updated to accommodate learning in additional languages and with new course offerings.