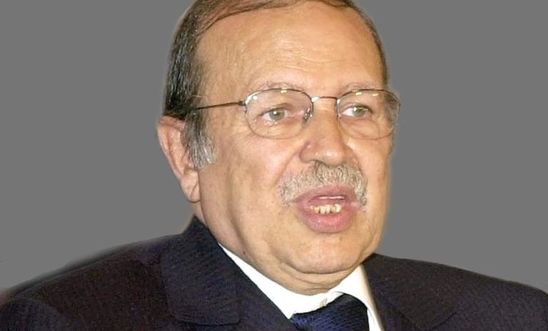 Abdelaziz Bouteflika has already been Algeria's president for 20 years © APGraphicsBank

Responding to news that a court in Algeria has sentenced a man called Hafj Ghermoul to six months in prison for a Facebook photo showing him holding a placard opposing a fifth term for the president, Abdelaziz Bouteflika, Heba Morayef, Amnesty International’s Middle East and North Africa Director, said:

“The conviction of Hadj Ghermoul is a severe blow for freedom of expression in Algeria.

“It is completely absurd that he is facing six months behind bars simply for peacefully expressing his political views.

“His arrest and conviction are another signal of the Algerian authorities’ intolerance of political opposition, and a worrying sign that they are stepping up arbitrary arrests and detentions ahead of the country’s presidential elections in April.

“The Algerian authorities should quash Hadj Ghermoul’s conviction and release him immediately and unconditionally.

“No-one should be jailed for peacefully exercising their right to freedom of expression.”

Hadj Ghermoul - a human rights activist from the city of Tizi in Algeria’s north-central Mascara province - received the six-month jail sentence earlier today in a court in the city of Mascara after being charged with “offending public bodies”.

He was arrested on 27 January, a few days after a photo was published on Facebook in which he is seen with a friend holding a sign saying “No to a fifth term in office”, referring to the ailing 81-year-old president who has been in power for nearly 20 years.

On 27 January, police officers approached Ghermoul on the street, followed him throughout the day and repeatedly verbally harassed him. When Ghermoul told the officers they should either leave him alone or arrest him, he was brought to the police station and accused of assaulting them, remaining in custody until 29 January.

Algeria’s ruling coalition parties recently announced they have nominated President Bouteflika as a candidate to run for a fifth term in office in the upcoming elections in April.