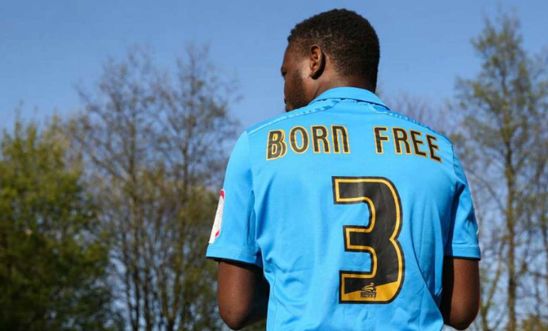 New survey reveals fans have seen an increase in racism and xenophobia in football, but overwhelmingly believe football clubs should be a force for good

‘It can take a lot of integrity and courage to stand up against divisive and hateful actions and rhetoric but as football players, teams and fans it’s important we all play our part’ – Anita Asante

Amnesty International UK’s Football Welcomes is back for its third year with a record-breaking number of clubs taking part in the weekend of activities (27-28 April) to celebrate the contribution players with refugee backgrounds make to the game.

More than 160 clubs – almost triple the previous year’s number – are set to take part to highlight the important role football clubs can play in welcoming refugees into their local communities, and in helping them to settle in to a new country and culture.

This year’s event will see football clubs from across England, Scotland and Wales giving free match tickets to refugees and people seeking asylum, arranging player visits, stadium tours, or organising matches and tournaments for refugees in their communities. Others will have first team players warming up in Football Welcomes t-shirts and promote the weekend in their programmes and on their websites.

With support from People’s Postcode Lottery and backed by Premier League clubs, as well as the English Football League; FA Women’s Super League; the FA Women’s National League, SPFL Trust and grassroots and non-league teams across the country, Football Welcomes celebrates the role of refugee players in UK football.

From a group of children who fled the Spanish Civil War in the 1930s and became some of the first refugees to play professionally in the UK, from Liverpool’s Dejan Lovren to Arsenal’s Granit Xhaka, Crystal Palace’s Christian Benteke, Charlton Athletic’s  Liz Ejupi and ex-Manchester City forward Nadia Nadim, players with a refugee background have been making their mark on the game for decades.

Ahead of the weekend, Amnesty is releasing new data on the rise in racism and xenophobia in football and the calls from fans to tackle it. The survey shows:

The results also show that the majority (92%) of football fans agree that football clubs should be a 'force for good' in their local community. With over a third (37%) saying they are proud of the community work their football club does and almost half (44%) saying football gives them a sense of belonging.

“It can take a lot of integrity and courage to stand up against divisive and hateful actions and rhetoric but as football players, teams and fans it’s important we all play our part.

“Lots of people identify with football, wherever they are from and whatever their background. That’s why it’s so heartening to see the footballing community come together for a weekend of welcoming and supporting refugees.”

“It’s clear that football is a powerful force for good, bringing people together and providing a sense of belonging, and we are delighted that more clubs than ever are taking part in Football Welcomes this year.

“Across the country football clubs are doing great work in their communities to show there is more that unites us than divides us.

“Football clubs are at the heart of their communities and can play an important role in creating respect and friendship across cultures.

“With so many people across the globe forced to abandon their homes due to conflict and persecution, this weekend the message from football is clear: refugees are welcome in the UK."

“Football Welcomes highlights the vital role football and our 72 clubs can play in bringing their communities together. Refugees have made a significant and lasting contribution to professional football in this country and we are proud to support this important initiative to celebrate the impact they have had on the game, whilst also making local refugees and people seeking asylum feel welcome at EFL matches.”

"We're thrilled to be involved in this year's Football Welcomes at a time when women's participation in football is at an all-time high.  Football can help to break down the barriers society places on gender and culture. It brings people together and can create a shared sense of belonging."

To find out more about Football Welcomes and see a map of participating clubs please visit www.amnesty.org.uk/footballwelcomes