A Parliament that prioritises human rights 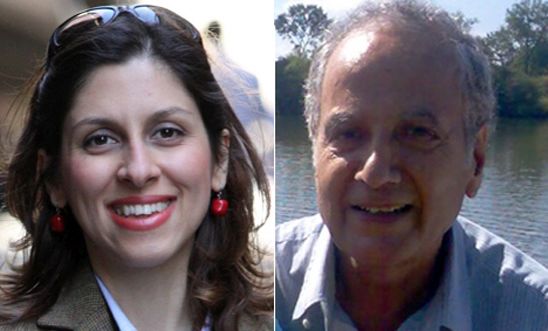 Following the general election, how can we ensure the new parliament is committed to promoting and defending human rights?

We want to show the vital case work that Amnesty members do throughout the year so we have decided to focus our first action to the new parliament on the cases of two imprisoned British-Iranian nationals in Iran; Nazanin Zaghari-Ratcliffe and Kamal Foroughi.

Nazanin and Kamal's cases have struck a chord with so many thousands of people around the UK, prompting countless petition signatures, letters of support and emails to the authorities calling for their release.

We have picked this focus as we believe political pressure now could help them be released and we believe that MPs from across all parties will be able to raise this case in Parliament and with the Foreign Secretary.

What you can do now for Nazanin and Kamal:

To drive this message home we are asking our supporters and groups to write down a cherished memory of time spent with family and enclose it in an origami tulip – a popular flower in Iran. We will then collect the tulips and use them as a powerful way to demonstrate to the UK Government all the memories that Nazanin and Kamal are missing out on and to push them to do everything they can to secure their immediate release.

We will also share the tulips with Nazanin and Kamal’s families in the UK, to show them how much support they have during their ongoing separation.

How to make an origami tulip

To have a Parliament that promotes and defends human rights, we need Amnesty activists across the country to tell their MPs to raise their voice for human rights.

A new Parliament is an opportunity to re-engage MPs who have been re-elected and get human rights on their agenda as they return to Westminster. For groups with new MPs, this is your chance to introduce your group and explain how they can use their voice to make a difference for human rights in Parliament.

MPs will return to Westminster the week after the General Election, and will sit for a month before breaking for Summer recess at the end of July. This means they will soon have a large amount of time in their constituency to attend events or hold meetings with local groups. Make sure you are one of them - invite them now!

Below you will find a template letter to your newly elected MP, with comments about how you can personalise this to reflect your group’s work and any events you may want your MP to attend in the Summer. We have also created an “Introduction to Amnesty International” leaflet for MPs. This can be attached in an email, or printed and given to your MP at an event or meeting.