A human rights lawyer in Turkey speaks out 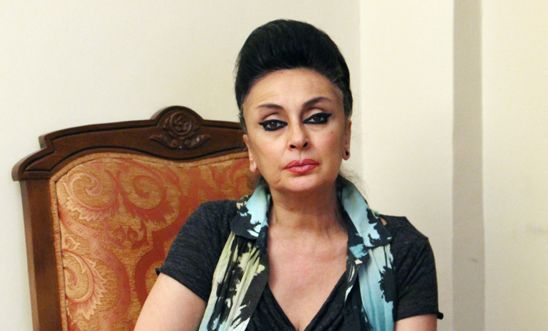 In the last 30 years, human rights lawyer Eren Keskin has been threatened, attacked, hauled before the courts over a hundred times, convicted of numerous offences, and even jailed. In a rare interview, she speaks to Amnesty about the Turkish government’s draconian crackdown on human rights – and why she refuses to be silenced.

My father is Kurdish and my mother is originally Circassian. I grew up in a forward-thinking, educated family. My grandmother was a chemical engineer – she was one of the first women to graduate from university in Turkey.

During my high school years, I had left-wing views and took part in organisations with similar ideas. I identified with being a lawyer so much my friends called me ‘the lawyer’.

At university, I gained a place at law school, but then the 1982 military coup took place. The school was under fascist occupation: nationalist students prevented revolutionary, progressive and democratic students from attending. I could not attend during my first year, but later graduated with high grades and started practising law.

In the early days of my career as a lawyer, I got involved in the Human Rights Association, the first non-governmental organisation established after the coup. Many people were imprisoned and we dealt with prisoners’ rights, torture, prison conditions and disruptions in legal proceedings. Our struggle, though, was for all aspects of human rights, including the dismissal of employees, victims of domestic violence, and child labour.

The Kurdish issue was the biggest problem of the 1990s, and we witnessed enormous human rights violations. At the time, we were the only organisation visiting Kurdistan. We investigated the burning of villages, state sanctioned ‘Kontergerilla’ [counter-guerrilla] killings, and enforced disappearances.

"We were the only organisation visiting Kurdistan... We investigated the burning of villages, state sanctioned killings, and enforced disappearances."

We were under enormous pressure, and many organisers and members of the Human Rights Association were killed, as well as a large number of journalists. During that time, we worked in great despair and great solitude.

I was subjected to an armed attack twice, in 1994 and 2001. I was lucky I did not die. In 1995 I was imprisoned for a year for writing the word ‘Kurdistan’ in an article. But although we were continually repressed, our struggle continued.

States like Turkey, which have a militarist and totalitarian infrastructure, prefer to have an armed group in opposition to them. This is because there are always things they can use to justify their actions. But our human rights struggle put the government in a difficult position. They didn’t have many answers for us.

What upsets me most is when my family is upset. My parents have always believed that what I do is right and they stand by me. This is a comfort. But, of course, every adverse situation I experience affects them too.

In August, my home was raided after the closure of Kurdish newspaper Özgür Gündem, where I was a voluntary editor-in-chief. My 85-year-old mother was so scared at being confronted by policemen wearing ski masks that she could not speak for 15 days.

"In August, my home was raided... My 85-year-old mother was so scared at being confronted by policemen wearing ski masks that she could not speak for 15 days."

I was very upset at what happened to my mother because of me. But on the other hand, there are people experiencing a lot more oppression than us. After a while, this becomes a way of life – you can’t imagine any other life.

A state of emergency

I was at home when I heard about the attempted coup in June. Everyone was happy that it was stopped, but afterwards we had a real ‘coup’. A state of emergency was declared and terrible human rights violations started.

Too many people have been arrested, too many journalists imprisoned, too many TV channels and newspapers closed down. No opposition voice is left. I have never experienced such a hopeless time for the defence of human rights.

"No opposition voice is left. I have never experienced such a hopeless time for the defence of human rights."

Before there was a judiciary that we weren’t happy with, that was biased in favour of militarism, but allowed different opinions within it. Now everything is uniform. All judges and prosecutors are like President Recep Tayyip Erdoğan.

Yesterday, the co-mayors of Diyarbakir were arrested. Maybe tomorrow MPs will be arrested. This type of politics fuels civil wars.

I think Recep Tayyip Erdoğan is aware he is not supported internationally, therefore he is trying to strengthen his internal power. There are many who are extremely sympathetic to this, a population that is becoming more nationalist, even racist and bigoted. We Kurds, and in general all critical voices, are under a major attack.

Recep Tayyip Erdoğan is extremely worried about a state of Kurdistan being established. The Kurdish movement is being legitimised by international forces, which makes him very uncomfortable.

When all this comes together, it is a case of increasing authoritarianism. I think we are in a period of a ‘one-man’ mentality: one man is disregarding everyone, everything in order to build his own power.

The reason journalists are targeted is because the media is the only gateway to the public. People hear about what is happening by reading newspapers and watching television.

"Journalists are targeted because the media is the only gateway to the public. People hear about what is happening by reading newspapers and watching television."

I think the reason for all the media closures is the human rights violations in the Kurdish region. The current violations exceed those that took place in the 1990s. Cities were destroyed and no one knows about it. People were burned to death, but no one is aware of this.

In the name of combating a terrorist organisation, the government closed all these media organisations. They confiscated and transferred all their belongings to the Treasury with no court order whatsoever. They do all this through decrees and there is no right of appeal.

An empire of fear

Since the Republic of Turkey was established, it has been an empire of fear. We are talking about a state founded solely on Sunni Muslim and Turkish identity and on mass genocide.

Nobody talks about these issues. Currently, the worst human rights violation in Turkey is of freedom of expression. We cannot criticise anything, we cannot talk, we cannot ask questions, we cannot go out on to the streets and make a press statement. Everything is taken from us.

You do not feel free anywhere, even in your own home. I cannot be alone on the streets after dark. You are at risk of being killed or attacked at any time. Many threats come through social media and you understand that you are being followed very closely.

"You do not feel free anywhere, even in your own home. I cannot be alone on the streets after dark. You are at risk of being killed or attacked at any time."

The situation is extremely complex and no one knows what they are doing. They turned everyone into a militant and civilians are being armed. You automatically develop self control and apply limits to your life.

In prison for life

There are currently 122 separate proceedings against me. I’m prohibited from leaving the country. Every week I have to go to a police station to sign in. If there is no change in the current law, and I am officially prosecuted, I will be in prison for life. Because of articles that were not even written by me.

“There are currently 122 separate proceedings against me. I’m prohibited from leaving the country... If there is no change in the current law, and I am officially prosecuted, I will be in prison for life.”

If all the cases are finalised, I will definitely be in prison at least for 60-70 years, even though I have not done anything. We are really in a very difficult situation.

There is always international solidarity from human rights organisations for Turkey and Amnesty is at the forefront. For example, they made Urgent Action calls in the 1990s. We saw these as life saviours. We have always found solidarity from Amnesty very significant.