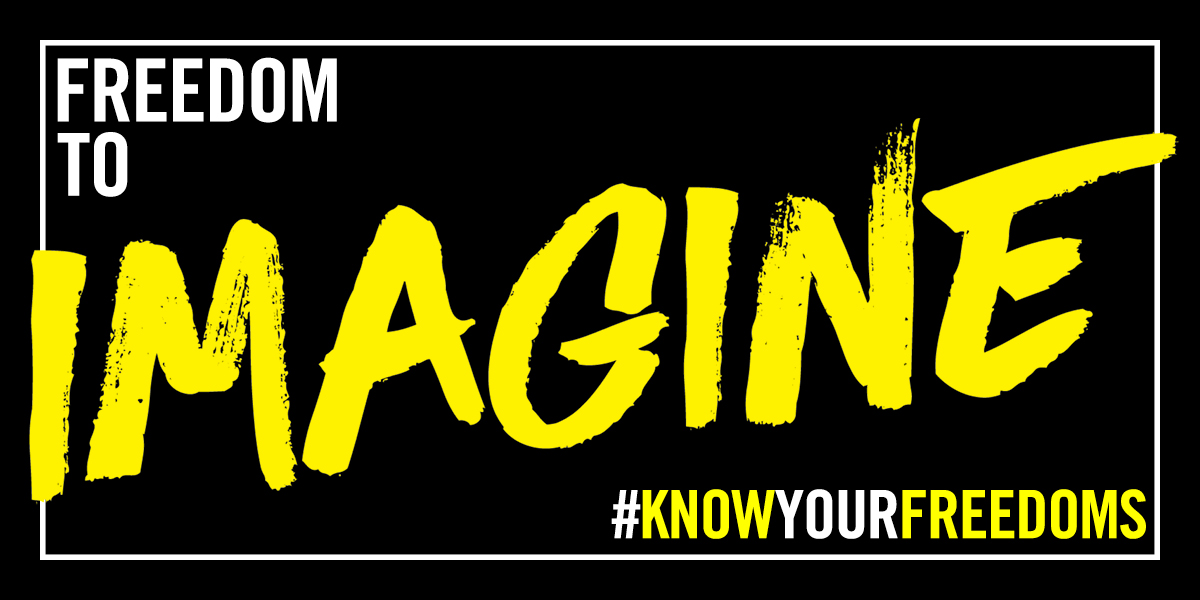 The Freedom to Imagine

Whether you use this freedom to imagine a world covered in polka dots or to imagine yourself as a world leader — you have the right to think and believe in what you want as long as it doesn’t hurt anyone.

22 October 2019 marked the beginning of a new era for Northern Ireland. The abortion ban was finally lifted, meaning women and girls will no longer be treated as criminals for accessing this healthcare. Since 31 March 2020, women have had the right to access abortion services in Northern Ireland instead of being forced to travel further afield.

It was a long and difficult journey to reach this historic victory and it would not have happened without the amazing support of thousands of people like you who signed petitions, emailed MPs and tirelessly championed the cause. This goes to show what we can achieve when we challenge the status quo and dare to dream of a better, fairer world.

Loujain is a women's rights defender who dreams of a better world. She peacefully campaigned for an end to the male guardianship system in Saudi Arabia and fought for women's right to drive - and she won. But for this, Loujain was sentenced to five years and eight months in prison in December 2020.

She has since been released, but under strict probation conditions for two years and 10 months and she faces a five-year travel ban too. Despite her release from prison, Loujain is far from free.

Together we can drive change for women’s rights defenders in Saudi Arabia. Email the Saudi embassy and call on them to help quash Loujain's sentence and to ensure her claims of torture in detention are investigated. Take action now.

Still want to learn more? Read more about the campaigns and issues we work on here.