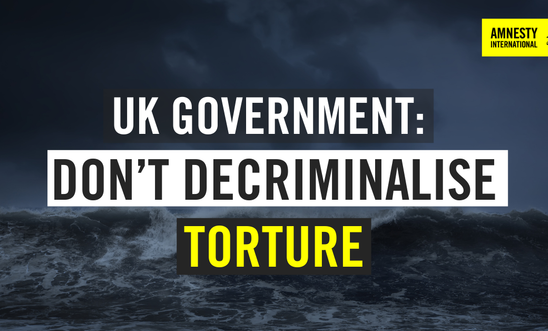 Please write to your MP calling on them to vote for the amendment that would exclude war crimes, crimes against humanity, genocide and torture from the Overseas Operations Bill.

Below is some template text you can use to contact your MP.

Don't know who your MP is? Find out at Theyworkforyou.com

Email to your MP

Torture is never OK. Neither are war crimes, genocide or unlawful killing.

In common with a majority of people in the UK, I am concerned about the prospect of UK troops receiving effective immunity from prosecution for war crimes, even if they took place more than 5 years ago.

The current plans to reduce accountability for such crimes have been condemned by many military figures as well as UN High Commissioner Michelle Bachelet and numerous human rights groups, including Amnesty International, Freedom From Torture and the Centre for Military Justice.

It would breach international law, and severely damage Britain’s international reputation. How can we ask other countries to hold torture accountable if we do not do so properly ourselves?

As your constituent, I am asking you to vote for the amendment to the Overseas Operations Bill introduced by the House of Lords to exclude torture and war crimes, crimes against humanity and genocide from the presumption against prosecution.