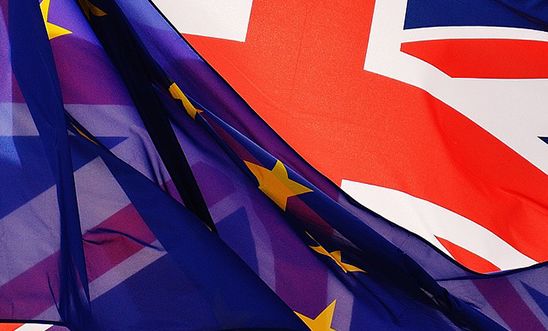 Cards on the table early: Amnesty International takes no position on Brexit. We are interested only in ensuring people’s rights and protections – something the government also says it wants in leaving the EU. So, we all want the same thing.

We do, however, take issue where the legislation needed to leave the EU smoothly unnecessarily puts rights at risk. And that’s not Brexit’s doing, that’s the government’s approach.

The flagship piece of legislation is the EU (Withdrawal) Bill. It has crawled its way through the Commons and now is in the final throes of the Lords.

But what is it about the Bill that’s concerning and what can be done about it?

The purpose of this Bill is, the government tells us, simply to make the changes needed to 'provide a functioning statute book on the day the UK leaves the EU.' Essentially, to make sure our domestic law works properly on exit day.

'As a general rule', the Bill’s explanatory notes tell us, it is intended that 'the same rules and laws will apply on the day after exit as on the day before' with Parliament and the devolved legislatures then making any future changes.

This is undeniably a sensible approach to keep the wheels turning on exit day. But within the Bill itself the government has sought powers that put rights at risk and included the removal of important rights people in UK currently enjoy.

The Bill seeks to copy and paste almost all EU-derived law into our domestic law as ‘retained EU law’. Then, it gives ministers the power to tinker with the wording of laws by passing ‘delegated legislation’. These are small and quick bits of legislation that can’t be amended and are rarely voted down.

The government want the power to make these changes where they feel there is a ‘deficiency’ and to implement whatever withdrawal agreement is reached.

You don’t need to be a lawyer to see that ‘deficiency’ is a vague term and we don’t even know what the withdrawal agreement is yet.

Moreover, these powers are unprecedented in their scope. They can even be used to amend primary bits of law (large and complex legislation passed by Parliament) if linked in some way to EU law.

There is, for example, nothing to stop the powers being used to roll back lots of our hard-won rights in laws relating to the EU – that includes the Equality Act 2006.

That is until the Lords voted to change that.

Amnesty has been working tirelessly to demonstrate just how dangerous these powers could be. We wanted a crystal-clear restriction on the delegated powers being used to take away any rights. This is in keeping with the Bill’s aim of continuity whilst protecting against future governments rolling back on rights.

At Report stage we supported an amendment, led by Baroness Hayter, and supported by Peers from all major parties, which put in a restriction so that powers cannot be used in certain key areas, like equalities, without justification and proper consultation.

This passed with a majority of 97 – a clear message to the government that these powers go too far and cannot be justified without appropriate safeguards.

While the Bill seeks to copy and paste EU derived law into domestic law, it also sought to leave a major element behind: the EU Charter of Fundamental Rights.

The Charter, unlike the European Convention on Human Rights (which has nothing to do with the EU), only applies to EU law – such as data retention or pension rights.

In these areas, the Charter provides a stronger protection because judges can ‘strike down’ primary legislation (essentially stopping that bit of law). It has even been used successfully by Brexit Secretary of State David Davis MP in a recent privacy case. It is a clear statement of fundamental rights which we all currently enjoy.

The government say we don’t need the Charter because the rights exist in lots of different areas and will come across with the rest of EU law anyway. But if the bits that make up the Charter are coming across anyway why exclude the Charter in the first place?

And in any case, the ‘right by right’ analysis by the government justifying this has been dismissed by legal analysis by Jason Copple QC, and has been debunked by multiple Lords.

Some have argued against the strike down power, saying it’s out of kilter with British legal tradition. They should, however, also consider that this Bill retains the supremacy of EU law – meaning it still trumps laws made by Parliament. So, if that is the Bill’s aim, keeping the Charter doesn’t retain anything alien.

Lord Pannick QC, a leading Crossbench Peer, laid this out very clearly in a Bill debate: “the suggestion that we must oppose the charter because it gives courts that power is simply inconsistent with what the Bill does.”

The Lords were so unimpressed with the government’s rationale they voted through an amendment keeping most of the Charter. Amnesty has argued for this from the very beginning and a majority of over 70 Peers is a clear showing of how important it is. The government must not seek to overturn this in the Commons.

The other significant removal of rights in the Bill is in taking away the ability to go to British courts and claim our rights under what are called the ‘general principles’ of EU law. That’s things like equal treatment, legal certainty, and proportionality. 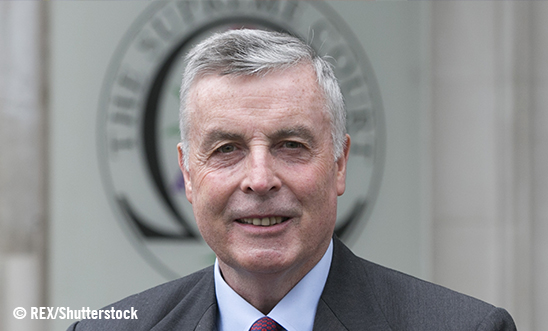 John had been with his partner since 1993, and they registered for a civil partnership in January 2006, on the first day the law allowed, later converting that to marriage. He retired in 2003 after working for the same company for 20 years. But UK law meant that if he died before his husband, his husband wouldn’t get the same pension benefits as he would have if he had a wife. John was able to go to court using the general principles to win his case, and thereby transform the lives of thousands of other same sex couples.

Again, Amnesty argued for retention of the right of action under the general principles, and Peers – led by Lord Pannick – again amended the Bill to bring these rights across on exit day. This important change needs to remain in the Bill.

Amnesty has been hugely successful in making our case to Parliamentarians, who have seen it fit to amend the Bill across all our issues. Votes were close in the Commons, but the Lords is where the major changes have been won.

Now the Bill will have a few more debates in the Lords before heading to the Commons for the crunch point in a few weeks’ time: Ping Pong.

This unlikely-sounding process is where they Commons and Lords hammer out their differences. We will be asking MPs to back all of the Lords amendments we have argued for.

It is essential the government either accept the Lord’s changes or that those in the Commons rally enough support to prevent these hard-won changes being stripped out.

Our job now is to make the case to MPs and show there are the arguments, evidence and support to make sure leaving the EU does not mean losing our rights.