Excessive heat over deportation helps nobody 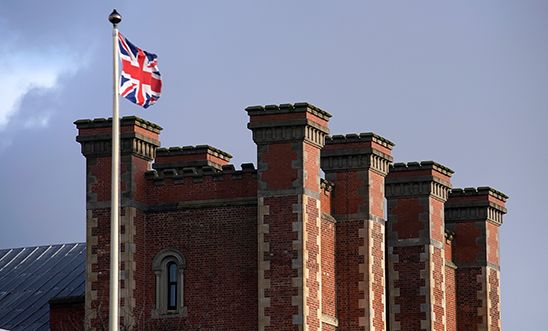 Twelve years ago, a Home Secretary was sacked. That was Charles Clarke. The cause of his firing – a public scandal over Home Office failure to manage deportation powers properly.

That scandal broke just as Her Majesty’s Chief Inspector of Prisons was due to publish a damning report on the same subject. Anne Owers’ foreword to her report inevitably responded directly to the news story.

But there were other responses too. In the end, it wasn’t the measured and focused thoughts of the chief inspector that received attention or carried weight but rather the media and political heat that had been generated so quickly.

Lessons not learned can still be learned today

Over a decade on, that heat – for all the legislation, policy and posturing of Ministers and parliamentarians over the intervening period – has not gone away. Meanwhile, the Home Office remains mired in incompetence and crisis.

It’s a good time, then, to think back to what the chief inspector had to say all those years ago.

In her foreword, Anne Owers identified both what the problem was and what it wasn’t. As for what it wasn’t, she could not have been clearer:

“This was not because of a gap in legislation or powers.”

Neither fair, nor sustainable

So what was the true problem? Generally, there was too little care or effort at the Home Office and in the prison system to consider and address the needs, rights and circumstances of prisoners who were not British citizens.

Anne Owers was clear that deportation of some prisoners was appropriate. Indeed, at the time, one of her concerns was there were many prisoners who wanted to return to countries they had come from only to find themselves languishing in prison after completing their sentence because a dysfunctional Home Office failed or refused to enable this.

But there were other prisoners for whom deportation was “neither fair nor sustainable.”

A key problem was that the Home Office simply refused to make any real effort to identify whether a particular prisoner was among those for whom deportation was fair or among those whose connection to the UK, including long and family ties, meant it was not.

If anything, things are even worse now than it was then. The Home Office response to non-British citizens in prison is arbitrary. It continues to treat people, as Juliet Lyons of the Prison Reform Trust said in 2012, as a “homogeneous mass”. Laws and rules made by successive Parliaments and home secretaries have done the same.

People’s individual circumstances are not all the same

Individuals are connected to the UK in many ways. Some prisoners’ futures clearly lie in this country – their families and ties are all here. They are people who have lived most or even all of their lives in this country. Many have very little ties or knowledge of any other place.

Treating individuals as if the only things relevant about them is their citizenship status and if they have committed a crime has a widespread, negative impact. Not only for them as individuals, but also to their families and the wider community.

Deportation should not be an automatic response to any prisoner deemed ‘foreign’ simply on the basis of their being an offender or even the seriousness of their offence.

This approach continues to subject people whose only real experience and connection is to the UK, where they’ve lived all or most of their lives, to powers that are essentially no different to what used to be called transportation and banishment – a practice supposedly abandoned in the 1860s.

This cruel injustice in UK deportation law & practice extends even to kids born in this country who've never been anywhere else. It is transportation, a practice Britain supposedly abandoned in 1860s, only exacerbated by the discrimination & double punishment involved today. https://t.co/Wtr61MwKZv

This is a cruel, excessive and unjust use of power. It is also grossly nonsensical.

The criminal justice system is there to punish offenders. If it is to be just, then it must ensure nobody is punished more than others for the same offence. It is wrong to doubly punish some people after they have completed their sentence by separation and exile from their home, family and community.

Efforts to do this often does much wider harm too. All prisoners should be receiving appropriate support and encouragement to rehabilitate and prepare for reintegrating into society – whichever society they may be returning to.

Wrongly pursuing deportation action against someone whose future is properly in this country undermines this. It often results in prolonged post-sentence detention (itself effectively an unjust, additional punishment) and causes uncertainty and harm to that person and her, his or their family.

Nor does spending time, energy and money seeking to achieve the deportation of someone, who either cannot or should not be deported, assist the Home Office to properly and effectively exercise its powers where that is appropriate.

None of this is an argument against any use of deportation powers. Where someone’s ties and future truly lie elsewhere, deportation may be an appropriate exercise of immigration powers – subject to ensuring nobody is thereby put at risk of torture or other human rights abuse.