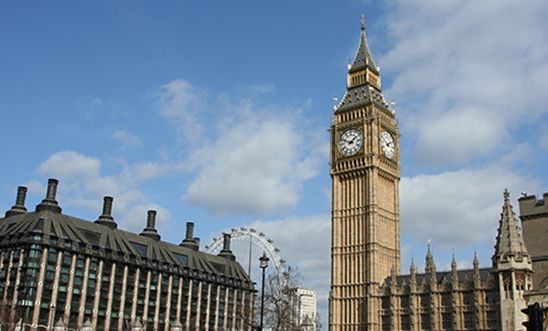 Big Ben and the Houses of Parliament, London 2009 © Creative Commons

Children denied their British citizenship because of their ‘character’

Children as young as 10 are being denied their rights to British citizenship because they are, or might be, assessed by the Home Office not to be of good character.

The impact of this falls disproportionately upon black, Asian and other minority ethnic children and children in local authority care. It affects children who are born in the UK and children who also grow up in this country having been brought here at a young age.

More than 500 children have been refused British citizenship because their character was said not to be ‘good’. Many others will never have claimed their rightful citizenship following advice that they too would be refused for this reason.

This is unjust and scandalous.

An affront to British nationality law

It’s contrary to the original intention behind the British Nationality Act 1981. That Act remains the primary source of British nationality law. When it became law, the rights given to these children to register as British citizens were rightly and intentionally not subject to any test of their character.

Decades later, in 2006, Ministers told Parliament it was necessary to introduce a good character requirement to bring registration into line with naturalisation. This was neither necessary nor justified – yet it was not questioned at the time.

Registration and naturalisation – as the Home Secretary and Lord Chancellor in 1981 each emphasised when the 1981 Act was being debated – are very different.

Registration is the means Parliament chose to preserve rights to British citizenship which would otherwise have been lost by the changes then made to British nationality law.

But Parliament was concerned that citizenship be ensured for all children born and growing up in the UK. All British children needed the same security and sense of belonging as any of their peers; and this was to be achieved by statutory entitlements for children not born British to register as British citizens.

By contrast, naturalisation is how the Home Office may grant British citizenship to an adult, who has migrated to the UK from another country; and the requirement of good character for naturalisation was included in the 1981 Act from its beginning.

There is, therefore, a profound difference between registration and naturalisation. That difference centres on connection to the UK and lack of connection elsewhere. Parliament intended to make sure that children connected here did not grow up effectively rejected, excluded or marginalised in their home country.

Its effect is racial discrimination

A further concern back in 1981 was the impact the Act would have upon black, Asian and other minority ethnic communities. Rights of children to register as British were recognised as important not only for each affected child but also for good race relations. Parliament anticipated that black, Asian and minority ethnic children, in particular would need these rights to register.

Since the introduction of legislation in 2006, hundreds of children have been refused registration of British citizenship because of good character. Many more will have been deterred from claiming their citizenship rights because of this requirement.

But without British citizenship, children – including children who have never been anywhere else – grow up in this country at risk of exclusion, particularly when they become adults. That can be exclusion from basic rights, services and opportunities. It can even include being expelled from their home country to a place they do not know.

Exclusive: Over 500 children are denied British citizenship because the Home Office says they're not of "good character".

Back in 1981, Parliament made clear its concern that the right to register as a British citizen was especially needed to protect black, Asian and other minority ethnic children. The experience of the Project for the Registration of Children as British Citizens (PRCBC), which has long expressed concerns about the good character requirement, is that it is mostly black children denied their citizenship rights by the good character requirement.

This is no surprise. It is also black, Asian and other minority ethnic children who are disproportionately at risk from the criminal justice system – even more so if they are in care – as the Lammy review, as others, has highlighted. Many of these children face been cautioned or prosecuted for things that in the case of other children would never even have been brought to the attention of the police.

This is why Amnesty International joined PRCBC and the Runnymede Trust in November in calling for the removal of the good character requirement from the legislation applying to registration of British citizenship.

The Home Office continues to delay implementing a recommendation of the Independent Chief Inspector of Borders and Immigration to amend its application of the good character requirement to children. But, in any event, Parliament needs to act to remove the requirement altogether for registration of statutory rights to British citizenship.