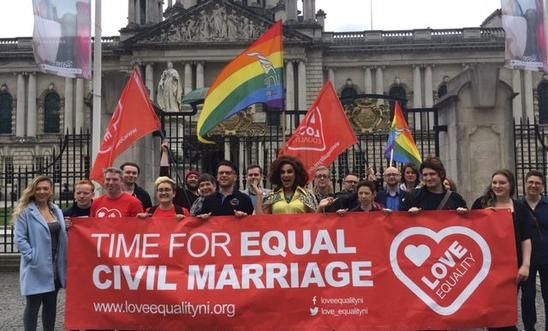 The introduction of same-sex marriage in England, Wales and Scotland was no doubt one of the most historic moments in the history of the progression of the rights of LGBTI people in Britain. In the words of the former Labour leader Ed Miliband, it was “…an important step forward in the fight for equality in Britain”. It was a victory for love, in which marriage equality finally became a reality for so many people. I remember quite clearly the 5th February 2013, when the Marriage (Same Sex Couples) Bill passed its second reading in the House of Commons. This paved the way for same-sex marriage to finally become law in England and Wales, with Scotland soon to follow.

I was 20 back then and even though I knew that I probably wasn’t going to be getting married any time soon, I felt absolutely elated, which was a feeling that I know was shared by so many other members of the LGBTI community. As a gay man, I’ve faced discrimination and hostility all my life because of my sexuality. Sadly, I know that this is also something that is shared by so many LGBTI people in Britain today. But when same-sex marriage was introduced, the source of my elation was the move in the right direction, the step forward in the march towards equality. However, in 2018, that march continues.

We say that it’s time for marriage equality in Northern Ireland. This why we welcome the move by Conor McGinn MP, who will introduce a Private Members Bill, under the ten minute bill rule, to the House of Commons on 28th March 2018 which aims to legalise same-sex marriage in the region. The move comes after the collapse of political talks at Stormont which sought to restore Northern Ireland’s government. Whilst same-sex marriage is a devolved matter which should be addressed in the Northern Ireland Assembly in accordance with the Belfast Agreement, the power of the Westminster Parliament remains unaffected.

We’re calling on activists based in London to join Conor McGinn MP and the Love Equality Campaign – a coalition of organisations, including Amnesty International, campaigning for equal civil marriage in Northern Ireland – at Old Palace Yard in Westminster on 28th March at 11am for a photo op in support of the Private Members Bill. It would be amazing if you could join us (don’t forgot to spread the word)!

We believe that same-sex couples shouldn’t have to wait any longer for marriage equality, and this Bill is an important step in ensuring this becomes a reality. However, we repeat our call on the UK Government to introduce legislation to bring Northern Ireland’s laws on marriage equality into line with the rest of the UK.

We expect more activity to take place on this campaign in the near future, so do keep your eyes peeled. In the meantime though, please sign our petition to the government, and we look forward to seeing many of you on 28th March!