The spirit of Liu Xiaobo will never die 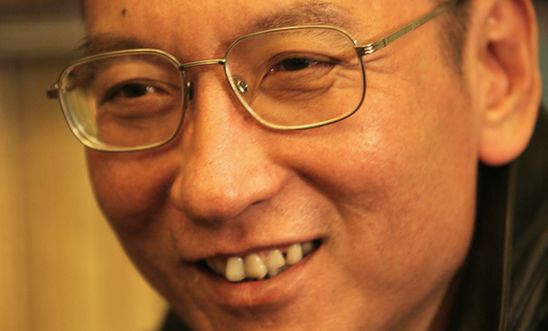 Tuesday 13 July marked the first anniversary of the death of Nobel laureate Liu Xiaobo. His good friend, the writer Yedu, reflects on the legacy of one of China’s most prominent human rights and democracy advocates. Liu Xiaobo had been serving an 11-year prison term for 'subversion' when he died of liver cancer at the age of 61. The Chinese authorities refused his wish to travel abroad for treatment. On Tuesday, his widow Liu Xia was finally allowed to travel abroad to Germany after eight years of being held under illegal house arrest.

'I felt so happy when I learnt Liu Xia had landed in Berlin. Liu Xiaobo always hoped that she would be free, and this dream has finally been realised.

One unfulfilled wish of Liu Xiaobo must certainly be the realisation of Charter 08. This manifesto for achieving political reform in China is his greatest political legacy. The Charter proposes that China should develop towards a society based on democracy and freedom, with a government truly accountable under the law.

One year on from Xiaobo’s death, I still think of him. I think of our conversations and the ideas we debated. A principle at the core of his thinking was the spirit of non-violent resistance – that "a free China relies on the people". He was a firm believer in peaceful resistance and was influenced by the ideas of his political heroes, Mahatma Gandhi and Nelson Mandela. He didn’t expect reform to come from the top. Political change can only come from, and be guided by, the people.

The past decade has shown he is right. Top-down reform is not possible in today’s China. The authorities have become more controlling, further suppressing the people. This is why Xiaobo’s ideas still resonate today.

He had an inner steel to fight for what he believed in a non-violent way, but he was never a shrinking violet. His formation of an independent Chinese PEN centre, his writing, the composition and revision of Charter 08 – it all embodied this spirit of peaceful resistance.

When Xiaobo died, we lost a leader of China’s contemporary democratic movement. He remains our most important social activist. After the 4 June 1989 Tiananmen crackdown, he dedicated himself to creating a democratic movement, one that champions human rights.

With his intellect and charm, he was a bridge between intellectuals and grassroots activists. He weaved the demands of many, often competing, groups of dissidents into a remarkable tapestry. That’s how the voice of the people can be heard throughout Charter 08.

After Liu Xiaobo lost his freedom, our movement lost a charismatic, moral and responsible leader. He was the glue that brought everyone together. Over the years, the dissident community has fractured. From this point, we can see how important Liu Xiaobo is to China’s democracy movement. When he died, I felt that the sky had fallen in. I always hoped he would see freedom again and could help heal a divided movement. But now, this hope has gone. Yet, though Liu Xiaobo may no longer be with us, his ideas are alive. For despite all the challenges and risks, many people continue to draw inspiration from his writings, and the principle of peaceful resistance to achieve democratic reform and human rights in China.

We must continue to work hard to obtain freedom for Liu Xia’s family, and freedom for China. I believe this is what Liu Xiaobo would have wanted us to do.'