A Silence Filled With Fear 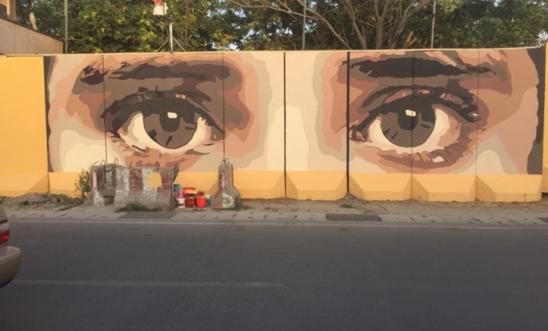 The Taliban promised it will be different this time.

When they first surged into Kabul people were told that they had nothing to fear as there will be no threats against them however, the reality is far different as Taliban fighters continue to target journalists, activists, human right defenders, former government officials and artists.

Mohammad (not his real name) is an Afghan journalist, artist and activist. He talks about the disconnect between the promises made by Taliban leaders and the actions of their foot soldiers. After the Taliban took power, spokesman Zabihullah Mujahid publicly stated that "journalists working for state or privately owned media are not criminals and none of them will be prosecuted”.

The reality for someone like Mohammad is much more difficult and ugly. He was recently picked up and detained by Taliban and subjected to hours of mental torture, humiliation and intimidation. He was forced to sign a pre-written statement which outlined that “Mohammad, will never write or comment on Taliban regime in media channels or social media platforms and he will not continue his work as journalist, activist or artist.”

When asked about how he feels about his ambitions taken away from him, Mohammad replied with a poem written by him, expressing his fear about continuing his work under the Taliban - "The Silence Filled with Fear":

I try not to say anything

What can I do?  I don't speak Blarney

What I say is bitter for some!

Mohammad feels betrayed by all sides. His art, voice and activism for his people and his country defined who he was. Now, he is forced to bury his art and his dreams and choose between silence or death.

Despite the countless promises made by governments, thousands of at-risk Afghans such as journalists, Human Rights Defenders, including Women’s Human Rights Defenders, civil society activists, artists and former government officials have been left behind to face the wrath of the Taliban. With few routes to safety and limited financial resources, trying to leave on their own has become impossible, even for Afghans at highest risk of Taliban reprisals.

As the country coordinator for Afghanistan at AIUK, I often get asked “Have The Taliban Changed In 20 years?” I do not believe so. But they want you to believe that they have, and they wish to strengthen your belief by silencing the voices of Afghans.

We need your support

Amnesty UK activists are aware of the situation in Afghanistan from Nigina's articles and blogs.  Amnesty has a list of over 100 people who are in urgent need rescuing from Afghanistan.  These include Human Rights Defenders, teachers, celebrities who have spoken out in the past and people who worked for UK organisations.

We will soon be asking for Amnesty UK activists to take action to demand that the government take action.

We then plan to ask activists and local groups to help by sponsor and raise funds to help these people reach safety in the UK.

Please send an email to Nigina (nigina.istanakzai-zarifi@amnesty.org.uk) if you would like to join these actions as soon as we have the go ahead and please register your interest in a sponsorship scheme.