Female Genital Mutilation: more must be done to save lives 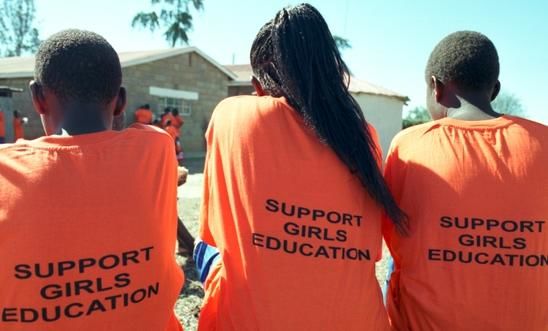 © A safe house for girls threatened by FGM in Kenya. © Paula Allen

We all love tradition. Traditions should bring people together for a greater good, they should be joyful. However, no tradition is worth keeping if it brings excruciating pain. With this in mind, we should ask why is female genital mutilation still being practised?

What is female genital mutilation (FGM)?

FGM, sometimes known as ‘cutting’, involves removing all or part of the external genitalia for non-medical reasons. Often, it’s done by someone with no medical training, using knives, scissors, scalpels, pieces of glass or razors – and without anaesthetic.

There is no medical benefit to this abhorrent practice. It only causes harm. Some of the immediate physical complications include severe pain, excessive bleeding, infections, and fever to name a few. For some girls the suffering is too much for their young bodies, leading to death.

Long-term, those who later become mothers can suffer from increased risk of obstetric complications. They can experience difficulties with the delivery of their baby, excessive bleeding, and for some the tragic death of a new-born. Women who have suffered FGM are also twice as likely to die during childbirth, and three times as likely to give birth to a stillborn child.
FGM is a major health issue. This cannot be denied.

A form of torture

Despite these horrific consequences, an estimated 200 million girls and women alive today have undergone some form of FGM. 44 million are children under the age of 14 years. Every one of them lives with the physical reminder of this cruel act they were subjected to.

FGM is a serious breach of women and children’s human rights. It contravenes the UN Convention on the Rights of the Child. The practice violates the right to life, gender equality, and the right to freedom from torture, inhumane or degrading treatment.

Causing suffering across the globe

In 2006, the UK Supreme Court ruled that FGM is a form of torture causing severe pain and suffering. The harm which these girls and women suffer is permanent and irreversible – and those who practice it should be prosecuted.

Yet despite progress in the law, with FGM now illegal in many countries, communities continue to practice this horrific tradition. This is happening all over the world. The NHS reported last summer that there were 5,391 new cases of FGM in England alone from 2016-17.

FGM has been an offence in the UK since 1985 under The Prohibition of Female Circumcision Act 1985. Despite this, and the 2006 Supreme Court decision, there has still never been a prosecution. The government needs to investigate why this is the case.

The law alone is not enough – we need more action

For far too long FGM has been left to women’s rights activists and charitable organisations to fight against. In this day and age, where we strive for equality, everyone, not only other women but men too, should join the fight against FGM.

More needs to be done to educate communities where FGM is practiced on the horrific, life-threatening, consequences. Changes in the law are always a positive step forward, but we also need more efforts to educate on the undeniable harm FGM does to the lives of women and girls everywhere.