The new UK-Israel trade deal must not ignore Israeli apartheid 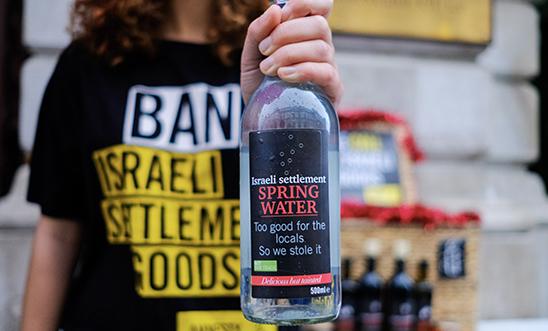 Trade negotiations allow campaigners to highlight human rights issues. It calls on the states involved to uphold their international legal obligations. These opportunities are essential because trade deals can often aggravate human rights abuses and obstruct justice without full human rights provisions and transparent mechanisms to ensure their implementation.

At Amnesty, we are working to ensure trade policy is an effective tool to advance human rights. For instance, we have been calling for the protection of human rights in Northern Ireland to be a crucial part of US-UK trade negotiations. In 2019, as the UK government was developing its post-Brexit trade strategy, we advocated for strong human rights commitments to be part of every agreement the UK would negotiate after leaving the European Union. We called for a meaningful consultation process with civil society and rights holders to take place ahead of negotiations.

Israel’s system of apartheid against Palestinians

The UK and Israel are negotiating a new free trade agreement. Both countries hope it will be agreed upon by the end of the year. Meanwhile, Palestinians are systematically deprived of their rights in Israel and the Occupied Palestinian Territories (OPT). Our latest research has found that Israeli authorities are enforcing a system of apartheid within Israel, the OPT, and against Palestinian refugees. Our comprehensive report documents how Israel treats Palestinians as an inferior racial group. The Israeli authorities enforce this system of oppression through a wide range of discriminatory laws, policies, and practices. The unlawful killing of Palestinian protesters is perhaps the clearest illustration of how Israeli authorities use criminal acts to maintain the status quo and entrench their racist system.

Apartheid has no place in our world.

Yet Israel continues to uphold its cruel & divisive system through torture, killings and demolishing the homes of Palestinians.

Given the ongoing apartheid and atrocities, there is an obvious case for strengthening any human rights commitments of the UK-Israel agreement. The UK government opened a consultation on the proposed UK-Israel FTA in February. This consultation allowed us to flag up a range of human rights concerns before negotiations began. We have called on the UK government to focus on three critical areas to protect human rights in Israel and the OPT and uphold its international law obligations:

The UK is Israel’s third-largest trading partner and says it is a human rights champion. It should use its leverage in trade negotiations to enhance and protect Palestinian rights. In their haste to agree to a shiny new trade deal with Israel, there is a distinct danger that UK negotiators will fail to seek absolute clarity on the critical points listed above. We will continue monitoring the negotiations and engaging with the government to ensure these calls are considered. The UK-Israel trade deal should not depend on ignoring human rights abuses and apartheid.

Stand in solidarity today with the Palestinian people living under Israel’s apartheid.