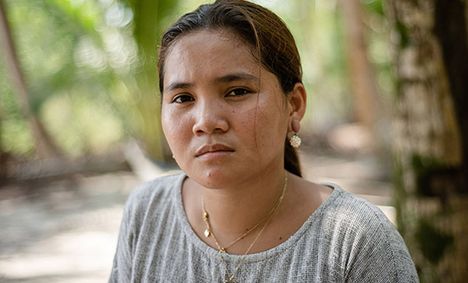 Marinel’s village was destroyed by a typhoon which killed thousands and left millions homeless.

Ever since, she’s been fighting for the Philippines to take the climate crisis seriously, and for her people to get the help they need.

Marinel was just 16 when the climate crisis tore her life apart.

One of the most powerful Typhoons on record destroyed her village along with huge parts of the Philippines.

The government response was shockingly poor.

Relocation sites lacked basic services such as water and electricity, and there were only limited opportunities for people to earn a living. As a result, many families returned to their original homes, despite these areas still being extremely dangerous.

Marinel has dedicated her life to fighting the climate crisis since the typhoon. She’s been making governments take notice so that other families don’t suffer the same fate has her own.

Let’s all get behind this inspiring young woman. Email President Duterte to demand that he takes the climate crisis seriously, and that Marinel and her people are helped with safe housing.