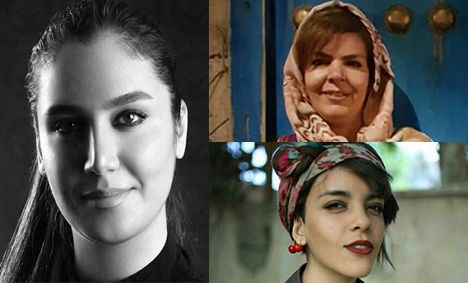 Three women have been charged with 'inciting prostitution' for not wearing veils and sentenced to 55 years in prison between them.

A video went viral of the three women, not wearing veils, handing out flowers to female passengers on a train in Tehran.

Sign the petition calling on Iran’s Head of the Judiciary to revoke their charges and release them immediately.

Flowers on the train

As an act of peaceful protest, Monireh, Yasaman and Mojgan handed out flowers to female passengers on a metro train in Tehran.

The unveiled women were filmed sharing their hopes for women in Iran on International Women’s Day.

Days after the video (below) went viral on social media, they were charged with sham offences including ‘inciting prostitution’ for promoting unveiling.

On 31 July the three women were sentenced to 55 years in prison between them. Yasaman and her mother, Monireh, received a 16 year sentence each and Mojgan received 23 years and 6 months.

None of the women had access to lawyers during the trial and all three reported being verbally abused and threatened by the judge.

This was essentially a sham trial and all three women have been unjustly sentenced.

This is the latest in a worrying trend of crackdowns against women human rights defenders in Iran.

Earlier this year, Nasrin Sotoudeh was sentenced to 38 years in prison and 148 lashes for defending women who peacefully protest against Iran’s forced hijab laws.

This cannot continue. We must show the Iranian authorities that the world is watching.