Help end the brutal repression of Uyghur communities in China 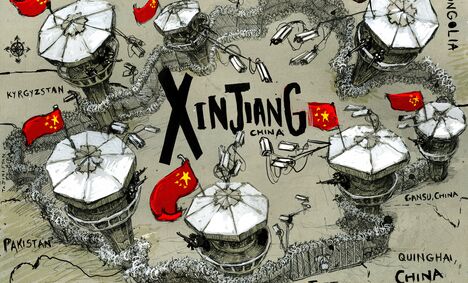 Since 2017, an estimated one million people or more have been detained by the Chinese government.

In a crushing wave of repression, men and women from predominantly Muslim ethnic minorities such as Uyghurs and Kazakhs have been targeted and sent to brutal camps in China’s Xinjiang region - all have experienced torture.

Add your voice to our petition calling on the Chinese authorities to immediately release everyone arbitrarily detained and reunite them with their families.

Help end the brutal repression of Uyghur communities in China

The Chinese government wants to root out Islamic beliefs and replace them with government-sanctioned behaviours and views. At the camps, detainees are indoctrinated and forced to attend classes about Chinese history, language, law & “ideology” and memorise “red” songs.

Former detainees and their families describe how charity work, international travel or sending money to loved ones abroad have been the triggers for their detention in the camps. A huge and terrifying surveillance system means that millions of Muslims are subjected to systematized mass surveillance in the region and live in constant fear. People often disappear and their families are unable to trace them.

“I just want to know where my daughter is... It’s torturing me every second.”- Patigul, mother to Rukiya, who was detained in 2015 and whose whereabouts are unknown.

The Chinese government’s massive, brutal repression of predominantly Muslim communities amounts to crimes against humanity of imprisonment, torture and persecution.

Add your voice to our petition calling on the Chinese authorities to immediately release  everyone arbitrarily detained and reunite them with their families.