Parwana Amiri and the power of young voices

The experience of refugees and refugee families arriving in Europe is something most of us will never fully be able to understand. Much of what we hear is so far beyond our experience that it is difficult to fully process what we are hearing.

The Moria refugee camp in Lesvos, recently destroyed in a fire, was built to house 3,000 people, but has in fact held up to 13,000 - over four times capacity. It is easy to recognise the overcrowding in those numbers - but to fully grasp just how crammed in people are, just how much in one another's shadow people are being forced to live, is often beyond us. A small one bedroom London flat with 9 people living in it would be a similar proportion of overcrowding. Picture that, except the homes are smaller in the first place, and it's repeated 1400 times in a small space. Then remember that we're living through a global pandemic.

The overcrowding at Moria is not unknown. The financial times reported it was 'reaching breaking point' in February - InfoMigrants have been reporting it for years, as have, amongst  many others, Amnesty International. Yet - there were still 12,500 people living in Moria when it burned to the ground earlier this week. 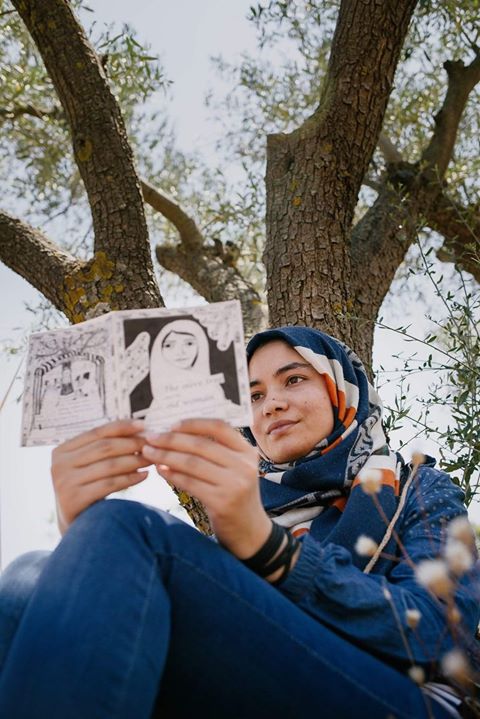 Parwana Amiri arrived in Greece in September last year, at 16 years old, having been forced to leave Afghanistan.

She recognised very quickly that journalists were 'herded around the camp', and even seeing it, were not able to fully grasp the hell of living there. How could they?

Parwana wrote a "letter to the world from Moria" just two weeks after she arrived there. Her unique, authentic and passionate voice began to truly encapsulate the experiences of people living in refugee camps. Her letters were published by infomobile and picked up around the world.

In an interview with InfoMigrants, Parwana said "A lot of the people who come to Moria can see that there are a lot of things that aren't working here, but some problems are kept hidden, like the violence. I wanted to write about those hidden problems."

Parwana continues to write, and to use her writing to "give a voice to refugees." To keep up to date on her work, you can follow Parwana on Instagram.