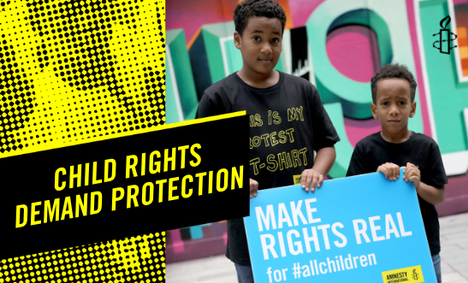 We call on England, Wales, Scotland, and Northern Ireland to take action in guaranteeing children are protected from being penalised at school for carrying out activity in defence of human rights.

Children have a long history of taking action to defend their human rights – a tradition that endures to this day with movements, such as Fridays for Future and the protests seen at Pimlico academy. Whether it is tackling racism, disability discrimination, the impact of climate change or the treatment of refugees, children around the world are standing up for human rights.

The UN Convention on the Rights of the Child states that children have rights to freedom of expression, peaceful protest and peaceful assembly. These are fundamental to children being able to campaign for their own human rights and the rights of others, as well as being included in collective movements.

However, as we’ve seen in recent years, these rights are restricted or denied, resulting in children being threatened with punitive measures for exercising their rights, such as suspension from school.

We call on all governments of the UK to take action in guaranteeing children are protected from being penalised at school for carrying out activity in defence of human rights.