On 17 January, prominent Russian anti-corruption and opposition activist Aleksei Navalny was arrested at the airport as he returned to Moscow. He has narrowly survived what has since been independently confirmed as poisoning by Novichok nerve agent in August 2020 and spent the last five months in Germany recovering. He is a prisoner of conscience, his detention arbitrary and politically motivated. 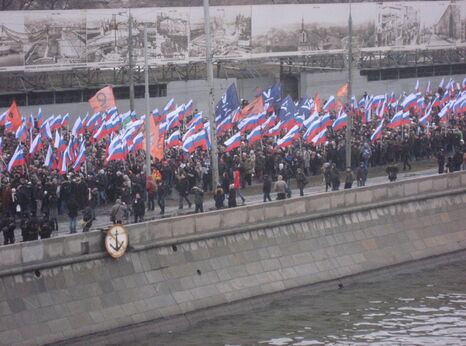 On 17 January, prominent Russian anti-corruption and opposition activist Aleksei Navalny was arrested at the airport as he returned to Moscow. He has narrowly survived what has since been independently confirmed as poisoning by Novichok nerve agent in August 2020 and spent the last five months in Germany recovering. He is a prisoner of conscience, his detention arbitrary and politically motivated.

Please note that we do not have an email address for the target. If you would like to send your appeal letter online, please fill in this form.

Aleksei Navalny is a Russian politician and anti-corruption activist. He is one of the most prominent critics of the Russian authorities.

In 2011, he founded the Anti-Corruption Foundation (known as FBK in Russian), which has since conducted investigations and published numerous reports alleging and documenting corruption among Russia’s senior officials and prominent politicians and businesspeople. Aleksei Navalny as well as many FBK employees and associates have faced reprisals for their work including fabricated criminal and administrative charges, police raids and house search, physical violence and selective army conscription.

Aleksei Navalny himself has been arrested numerous times. including for calling for or participating in peaceful protest. He spent 10 months under house arrest in 2014, in addition to a total of several months under so-called “administrative arrest”. Amnesty International has recognised him as a prisoner of conscience on multiple occasions.

In 2014, both Aleksei Navalny and his brother Oleg Navalny were found guilty under politically motivated changes of fraud. Oleg Navalny was sentenced to three and a half years’ imprisonment. Aleksei Navalny was handed a non-custodial sentence of three and a have years on probation. In 2019, the European Court of Human Rights (ECtHR) ruled that the prosecution of Aleksei Navalny was politically motivated and his pre-trial house arrest arbitrary (Navalny v. Russia (No. 2), no. 43734/14). The Russian Supreme Court ordered a retrial, which failed to address the human rights violations pinpointed by the ECtHR and confirmed the initial sentence. Aleksei Navalny’s probation terms required him to report regularly to the local office of the Federal Penal Service and were going to expire on 30 December 2020.

On 20 August 2020, Aleksei Navalny fell seriously ill during a flight from Tomsk (Siberia) to Moscow. The airplane made an emergency landing in the city of Omsk, where Aleksei Navalny was hospitalized, in a state of coma. His diagnosis by Russian doctors was inconclusive. On 22 August, on his family’s insistence and after a vigorous domestic and international campaign, Aleksei Navalny was discharged from the hospital, still in coma, and transferred for treatment to Berlin, Germany. Vladimir Putin subsequently claimed that he had personally intervened to authorise his transfer. Aleksei Navalny gradually recovered in Germany and was discharged from the hospital in late September to continue his rehabilitation.

Experts in Germany and several other countries concluded that Aleksei Navalny had been poisoned with the nerve agent Novichok, considered a chemical weapon by the Organization for Prohibition of Chemical Weapons. In spite of this and of Aleksei Navalny’s representatives’ relentless attempts to have a criminal investigation into his alleged poisoning opened, the Russian authorities have consistently refused to do so.

On 14 December, independent investigative group Bellingcat, in cooperation with several media outlets, published evidence that a group of agents of the Russia’s Federal Security Service (FSB) with a background in medicine and chemistry had been following Aleksei Navalny for years during his travels, including during his latest trip to Tomsk, and alleged that they were responsible for his poisoning. Vladimir Putin admitted later that the FSB had been “keeping an eye” on Aleksei Navalny but dismissed accusations of attempting to kill the politician.

Days after the publication of the Bellingcat’s investigation, a new criminal case was opened against Aleksei Navalny accusing him of “embezzling” donations from his supporters. On 28 December, two days before the end of his term of probation, the Federal Penal Service warned Aleksei Navalny that he was violating the terms by not reporting to the penitentiary authorities and requested his arrest and replacement of his probation with an actual prison term of three and a half years.

On 13 January, Aleksei Navalny announced that he would return to Moscow on 17 January despite the risk of being arrested. On 17 January, riot police arrested dozens of his supporters who were gathering at Moscow’s Vnukovo airport to greet him. At the last minute, the flight was redirected to Sheremetyevo, where Aleksei Navalny was arrested at the border control. On 18 January, a court hearing took place inside the police station where he was held, which remanded Aleksei Navalny for 30 days pending judicial review of his case. There are no provisions in Russian law for such 30-day detention for violation of probation.