Johan Teterissa; Our individual at risk 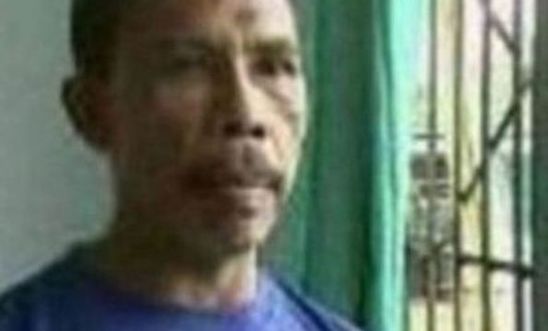 Jailed for waiving a flag

Johan Teterissa, a primary teacher, is serving a 15-year sentence for leading a peaceful protest.... He was arrested with 21 activists in 2007 during a government-organised event in Ambon, the capital of Maluku province, attended by the President of Indonesia. The protestors performed a traditional war dance and unfurled the Benang Raja flag, perceived by government authorities to be a symbol of the Republic of South Maluku independence movement. During this arrest, and the first few weeks of detention, Johan Teterissa was tortured by police. Despite being seriously injured, Johan has never received adequate medical treatment and is now in constant pain.

In July 2011, Johan was forcibly removed from Lowokwaru prison to the Madiun prison, East Java. He was transferred without any warning at 3am in the morning and his family was not informed of the transfer. It appears that the transfer was in violation of both Indonesian and international law and standards. Article 53 of the Indonesian Government Regulation on Development and Guidance for Prisoners (No. 31/1999) states that “the Head of the prison must inform the prisoner of the transfer at least one day before the transfer take place”, and further states that “the Head of Prison” must also inform the prisoner’s family about the transfer. In addition, Article 44(3) of the UN Standard Minimum Rules for the Treatment of Prisoners states that “every prisoner shall have the right to inform his family at once of his imprisonment or his transfer to another institution”.

ACTION Our aim is to write fortnightly to the Minister of Justice and Human Rights and the Attorney General and to send fortnightly messages of support to Johan.  You can help by writing to:

Download the suggested letter below and/or send a letter of support to our individual at risk:

Hello, just to let you know, following a gig here in Wirksworth 81 cards were signed for Johan... Paul