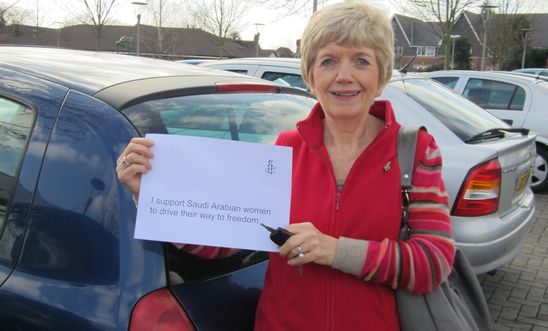 Saudi Arabia is the only country in the world that does not allow women to drive. In 2011 some women in Saudi started defying the ban on driving and posting film of themselves on YouTube as part of a Women2Drive campaign. Several women were arrested and at least one sentenced to ten lashes.

As part of International Women's Day actions we took photos of women in Stevenage supporting Saudi women's right to drive. These photos along with many others from Amnesty groups around the world have been posted on Flickr