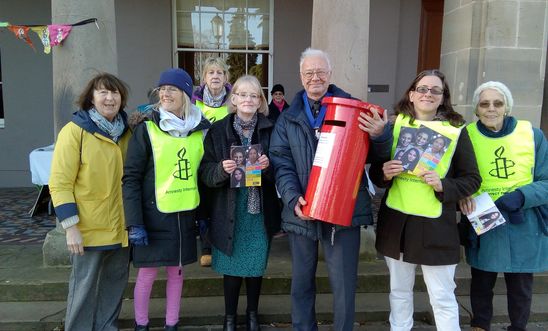 Your words have power

Every December, Amnesty supporters across the globe will write millions of letters for those whose basic human rights are being attacked. They are people like you, continuing a long tradition of writing letters to right some of the world’s biggest wrongs. And it’s not just letters – it could be petitions, emails, Tweets, Facebook posts, photos, postcards.

This year we’re throwing our might behind the children and young people who are firefighting some of the world’s biggest crises. Many have stepped in where adults have failed to lead, and are facing terrible danger as a result. Your words really can change their lives. Join us.