OUR CHINESE PRISONERS OF CONSCIENCE 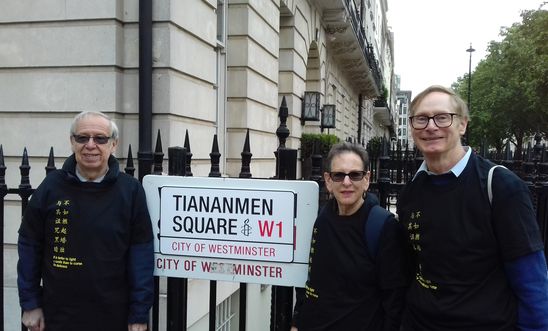 Writer, academic and political activist Dr Liu Xiaobo was taken from his home by police on 8 December 2008, just two days before the 60th anniversary of the Universal Declaration of Human Rights, the date he and a group of activists intended to launch a pro-democracy manifesto called Charter 08.  He was accused of posting articles critical of the government on international websites and authoring Charter 08, which calls for greater freedom of expression, political reform and respect for human rights. The Court considered the manifesto “slanderous” and an attempt to incite the subversion of the current regime.

In December 2009 Liu Xiaobo was sentenced to 11 years in prison and a further 2-year deprivation of political rights for “inciting subversion of state power”.  In 2010 he was awarded the Nobel Peace Prize "for his long and non-violent struggle for fundamental human rights in China".  Unfortunately he died on 13 July 2017 after being denied permission to leave the country for treatment of late-stage liver cancer.

His wife, Liu Xia, 56, a poet and artist, had been held under illegal house arrest in Beijing since October 2010.  In 2018 she was allowed to leave China and now lives in Germany.  Amnesty International is, however, concerned that her family in China may be subjected to intimidation.  For this reason, Liu Xia is unlikely to make any public statements about her husband or her situation.