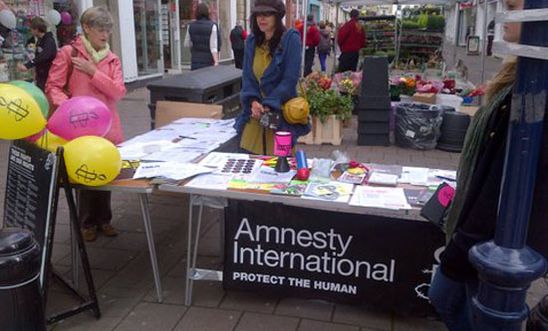 A small band of volunteers ran a stall in The Brittox on 13 November 2012 to raise the profile of Amnesty locally and to campaign on behalf of Hakamada Iwao, now in his 44th year on Death Row in Tokyo.

A number of people signed letters to the Japanese PM, Deputy Justice Minister and Prosecutor General supporting Hakamada Iwao's case for a re-trial and release on bail.