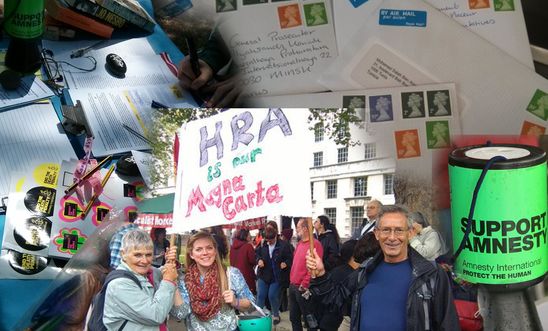 This Thursday 12th May, 7:30pm at the Jesus Lane Friend's Meeting House it's the Amnesty International Cambridge City Group AGM.

The AGM will consist of a report from the group's delegates to AIUK's annual general meeting as well as the election of new committee members. Nominations are invited for all positions, including chair, secretary, treasurer, internet officer, media officer and committee members. The largest part of the meeting will be taken up with our plans for the coming year. How do we work, what do we want to do and what is the best way to make a difference together?

As such it would be really great if you could join and help us make plans for the future. Amnesty can only work through its members and as such your contribution will be very valuable.

We are also inviting all committed supporters to become a member of the Cambridge CIty Group. At the AGM membership forms will be available and you will be able to pay your (cash or cheque) membership fee there. If you cannot make the meeting, then details of how to become a member, can be found here. The minimum fee is £3 and the suggested membership fee is £10 per calendar year. We use the membership fees to pay for hire of our meeting rooms, the Amnesty International UK affiliation fee as well as postage and other campaigning costs. We also make regular donations to Amnesty International UK to further their work for human rights.