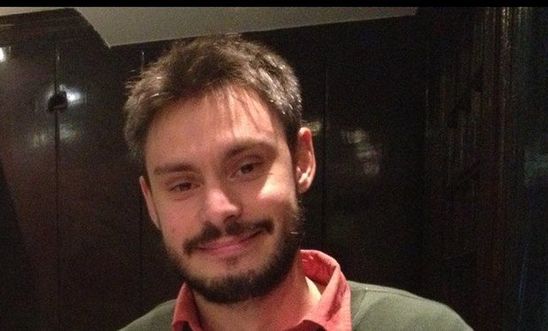 Friends and colleagues of Cambridge PhD student Giulio Regeni said on Sunday that they expected the UK government to take a strong public position supporting international efforts to find out the truth behind his abduction, torture and murder in Cairo earlier this year. A parliamentary petition calling on the UK government to outline what action it will take to ensure a credible investigation into Giulio’s murder has reached 10,000 signatures, triggering a mandatory official response.

Paz Zarate, an international lawyer and one of a group of Giulio’s former colleagues in the UK who initiated the parliamentary petition said:

“Giulio, a 10-year UK resident, was in Egypt doing fieldwork for his doctoral research at the University of Cambridge when he was abducted, tortured over several days -- with animal-like violence -- and brutally killed. Giulio was almost certainly murdered by the Egyptian security forces: this is the view held by institutions, politicians and top Middle East experts around the world. Notably, this atrocious crime against a UK-based academic is not an isolated incident but part of systematic and severe human rights violations on the part of the Egyptian government, which have been long documented by the leading human rights organisations worldwide. The UK public should be outraged at Giulio’s murder. The UK Government has a duty to stand for human rights generally; in Giulio’s case, it has a duty to ensure that a credible investigation of this extrajudicial killing is carried out. ”

Dr Anne Alexander, an academic at the University of Cambridge and one of the organisers of an open letter on forced disappearances in Egypt which was signed by 4600 academics and students, added:

“The UK government’s silence over Giulio’s case is shocking. It should not take ten thousand signatures on a petition to make the government speak out and add its voice to those who are calling for an independent investigation into his brutal murder. We hear constantly about how UK businesses can benefit from the close ties between the British and Egyptian governments. Yet when a PhD student from Cambridge is tortured and killed, ministers seem reluctant to say anything critical of the Egyptian authorities. By contrast, the Italian government has responded to the wave of public anger in Italy and taken a strong line in opposition to the Egyptian Ministry of the Interior’s attempts to bury the truth about who is responsible for Giulio’s murder.

It is vital that the UK government now comes out with a clear public statement of intent in relation to this case. The New York times has reported that Italy wants other European countries to pressure Egypt on the Regeni investigation. What is our government doing to support the Italian efforts to hold the Egyptian authorities to account? What steps will it take towards implementing the motion overwhelmingly passed in the European Parliament on Giulio’s case last month, which called for the suspension of security cooperation with Egypt in response to persistent human rights violations by the current Egyptian government?”

"The message to the British government is clear: they must put in place a clear plan to exert the maximum pressure on the Egyptian authorities to hold a credible investigation into Giulio Regeni's murder in Cairo. We need to find out what happened to Giulio.

"Those responsible should be tried in court according to international standards. This is the only way that there will be justice for Giulio.

"We want to ask members of the public to continue to sign relevant petitions and campaign until justice has been done."

Please click here for the Petition to the UK parliament https://petition.parliament.uk/petitions/120832