Blog: Home is a Human Right 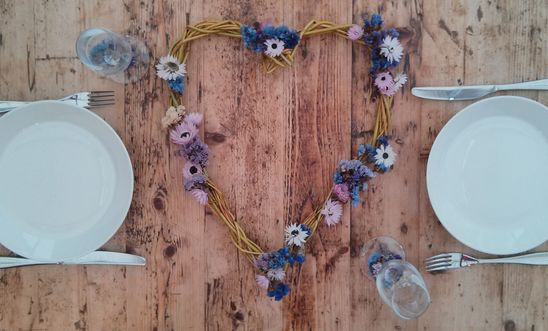 At the end of the Spring half term we came back from a holiday on the continent. As I was driving my family home from the airport there was a discussion on the radio about empathy with the child refugees and the abandoned Dubs scheme as an example.

At the end of a frustrating hour or so, where some panel members tried to argue that “empathy incapacitates rational thinking”, I came to a new conclusion. What I was hearing by some panel members was not just a lack of empathy and sympathy for abandoned children who now only have traffickers to turn to. It was not just a disregard of the evidence base that shows that those who cross into Europe do so because they feel that they would be dead if they would stay. It was not just a disregard of the fact that refugees are very well aware of the risk of drowning when they get into those boats.

No, it was a total disregard of the universal notion of home.

So what is home? Interestingly in English the word home is most used as a noun, but it can also be an adverb, a verb and an adjective. In Dutch it is only an adverb and no doubt it’s different in other languages. In English you can say this is my home and I’m at home. My home is the place where I live permanently, especially as a member of a family or household. Home is more than bricks and mortar. It’s about the love that you feel for and put into the place that you share with your loved ones.

There should be no doubt about it: every single person in the world wants to have a home and be able to be at home.

I’d argue that home is a human right. As humans, we all have the rights to rest, health care, a roof above our head, food, clothing, employment and education  – these rights are all enshrined in the Universal Declaration of Human Rights. As is the right to be safe from state violence in all its forms.

So the over 40 million internally displaced people who have been terrorised out of their houses by bombs or violence are trying to stay as close as they can to their home, their family and friends and their community as they want to return as soon as they can. A refugee of over 30 years who spoke at our conference last October said that she wants to go home, but that it is still too dangerous.

Most importantly: how can a place be your home if your family isn’t there? We all have a right to family and family life, so those Syrian children who are desperately trying to reach their brother or sister, aunt or uncle in the UK, and who the Home Office refuses asylum, are just trying to get home.

My home is here in the UK. And being an EU national my home feels under threat with Brexit. This is the first time I have felt this way after living here for nearly two decades with my husband, bringing up three children and feeling part of my community. EU friends of mine in Lincolnshire had a stone through their front door the first day after the referendum. Sadly the online videos and the statistics confirm that the country has become more intolerable of “other” people. There is not just a record number of reports of hate crime against migrants, EU and ‘others’, but police are also reporting a record number of homophobic hate crimes. Apparently hating and acting upon that hate has been legitimised by the Brexit vote and a notable minority are acting upon it.

This is not how I want my home to be. This is not the home that I had in mind for my three British children. And I will fight for my home and their home.

My home is a home of love, justice, tolerance and empathy. My home is one where Article One of the Universal Declaration of Human Rights is held high: “All human beings are born free and equal in dignity and rights. They are endowed with reason and conscience and should act towards one another in a spirit of brotherhood.” This was written in 1948, so I’d add sisterhood.

As such I will fight not only for my own home, but also for the home of my brothers and sisters worldwide and I’d ask you to join me in that fight. There are many ways to do so and joining and supporting Amnesty International is one of them.